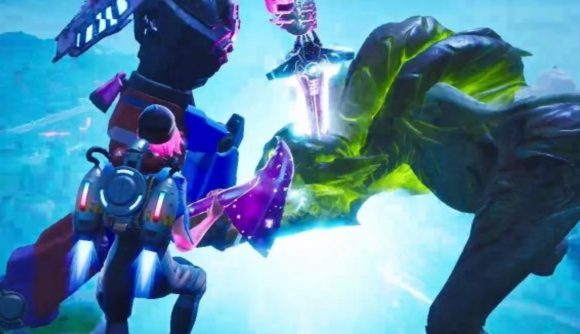 The inaugural Fortnite World Cup is now wrapped, with Kyle ‘Bugha’ Giersdorf taking $3 million (£2.5 million) prize winnings as the solo tournament champion. However, during the competition, player Mark ‘letw1k3’ Danilov was removed from the game for allegedly screen watching. But the incident doesn’t appear to be straightforward.

Having made it to the solo tournament’s sixth round, the teenage player and Gambit esports team member was penalised for appearing to look at the stadium’s spectator screens (via Dexerto). This is specifically prohibited by the World Cup rules, which say you’re only allowed to look at your own setup. Competitors aren’t allowed to receive “information not otherwise known to the player by the information on his or her own screen (e.g., looking at or attempting to look at spectator monitors while currently in a match).”

Danilov retweeted a claim that he merely “peek[ed] over his screen for a second”, but Epic has now told Polygon that he was observed doing it more than once. Epic says that “after multiple warnings to the player, a penalty was assessed and he was removed from the match. He was not disqualified and will not be fined.”

Epic’s confirmation that Danilov was removed contradicts team Kungarna’s COO, who said on Twitter that he was disqualified. As he was removed instead, he’s still able to claim his match earnings, which total at least $50,000.

.@letw1k3 gets disqualified midway through the last game for allegedly looking at big screen. pic.twitter.com/Z0ScM39ux1

Danilov’s explanation for looking at the screen was that he heard a “slam” noise, which caused him to look around in reaction, according to an interview he did with YouTuber The Fortnite Guy. As a result, some people have questioned the decision to remove him, expressing their frustration at the decision on Twitter.

As Polygon highlights, this isn’t the only example of screen watching coming up at a big esports event – back in 2012, Riot issued a $30,000 fine to a team accused of screen watching during a League of Legends World Championships event.