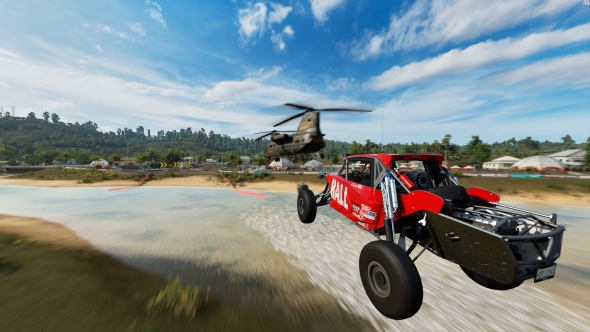 Playground Games, developers of Forza Horizon 3, are planning to experiment in genres outside of racing, and they’re putting together a new team to do just that.

If it’s driving fast cars you’re after, check out our list of the best racing games.

“One of the things we did recently, which was before Horizon came out was really look up where we’ve come in the last seven years,” Playground Games’ Ralph Fulton told Develop.

“And we feel we kind of achieved the objectives we set for us back in 2010. More successfully and in less time than I ever thought possible. So we spent a bit of time, the leadership team here, thinking about what we’d look like in five years time and what we wanted Playground to be in five years time.”

This, the studio says, led to the realisation that they wanted to expand beyond racing games, branching out with another team and experimenting in other genres.

“That’s gone from something we’ve talked about and aspire to something that we’re actually doing,” says Fulton. “We’re hiring for and have hired for a brand new team here in Leamington, a triple-A team, it’ll easily be 100 plus people and we’re super, super excited about that.”

Posts on the studio’s careers page suggests it will be an open-world action game, which makes sense considering their experience crafting gorgeous open-worlds to tear across in cars.

They’re currently looking for a senior games designer to work on the new team, and the job description asks for “experience working in the action/shooter genre, preferably with experience in systems design”.

“I think in all honesty it’ll be a good time before we start talking about what that project is,” Fulton explains. “But I love the fact that we had our most successful year ever last year, critically and commercially and we’re in a position hopefully to build on that, to diversify and to build another great team here in the UK.”