When the Horizon series spun out of Microsoft’s Forza Motorsport games, the cars were never really the stars. Sure, each Horizon title thus far has done an amicable job of bringing just enough of Forza Motorsport’s handling realism to a series defined by implausible drifts, ticking combo meters, and all the other trappings of arcade driving games. But the real celebrities of the Forza Horizon games have always been the roads.

It would be relatively easy to pack an open-world racing game with countless miles of winding highways and side streets, plotting a map rather than crafting a raceway, where corners serve no other function than to change the direction of travel. But the previous three Forza Horizon games have succeeded in offering both an open expanse and roadways designed to foster exciting racing.

We’re happy to report that the latest series entry upholds this tradition. A great deal of thought has clearly gone in to granting most roads in Forza Horizon 4 the nuance that makes for good, focused, dramatic racing. Playground Games and Turn 10 Studios have polished this formula to slick perfection, and it feels great to be back on roadways built from that mindset.

That’s not to say it’s not chock full of appealing metal, of course. Forza Horizon 4 meets its predecessors’ standard of offering a diverse enough pool of vehicles to let you play in myriad different ways. But this time around you’ll have 450 cars to unlock straight out of the box, with more added over time. There are growling muscle cars, souped-up family runabouts, contemporary high performance machines, Japanese street racers, off-road contrivances, and a scattering of more novel additions like the iconic Willys MB Jeep made famous by oh so many war movies.

Structurally, this new Horizon is also familiar. There’s the same overall framework, with an automotive festival as the map’s effective hub, which sets up what narrative there is; the tale of a driver climbing the ranks to dominate a seemingly endless gathering of car fans. There’s races of numerous classes scattered across a vast playing field, plenty of secrets to uncover, and an upbeat, energetic tone that might grate on the cynically minded, but has its heart in the right place. If you’re already a fan of Forza Horizon, the fact that the fourth game in the series broadly falls into the ‘more of the same’ category, you’ve every reason to be delighted.

But while the structure is conventional with regard to the series’ heritage, the new setting brings a fresh feel. This is a Forza Horizon set in Britain, the home of its developer Playground Games, and that makes quite a difference. In Forza Horizon 4 there’s a good deal more narrow passes, winding lanes, and loose off-road surfaces to best. Even the foliage and architecture impacts how it feels to squeeze through gaps at high speed, and your lines of sight. And if you are from Britain, or have spent any decent chunk of time there, there is a pleasure to be had in digesting the studios’ impressively authentic interpretation of this green and pleasant spread. 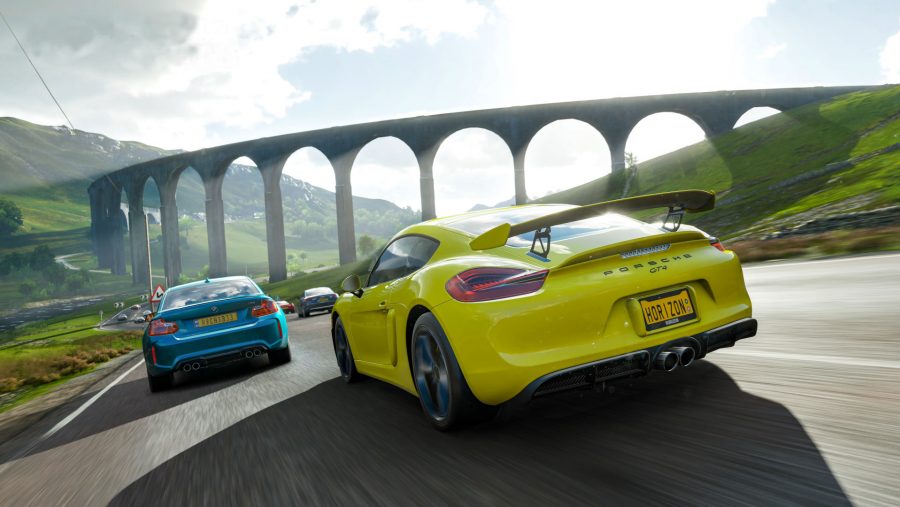 Hurtling sideways through a village that could easily host an episode of The Archers, it’s tempting to pull up and drink in the detail, even if you can’t knock back a pint at Ambridge’s pub The Bull [for our international readers, The Archers is a bold experiment in crafting a long-running radio soap that features absolutely no events of interest – Ed]. Cobbled walls and weathered farmhouses capture a charmingly disheveled rural Britain almost as eloquently as The Chinese Room’s haunting adventure Everybody’s Gone to the Rapture.

In fact, much of the game focuses on Scotland as its setting, offering plenty of terrain that fosters rather intense, demanding driving; especially in the off-road sections.

There’s a solid effort to subtly innovate elsewhere too. While our hands-on only provides access to Summer and a whisper of Autumn, passing seasons in Forza Horizon 4 promise to dramatically reshape the game, with frozen lakes opening up new routes, profound changes in grip out on the roads, and weather and lighting impacting how soon you see whatever you’re hurtling towards.

Forza’s ‘Drivatar’ system has been fleshed out too. Where previously the Horizon titles significantly populated your own gameplay sessions by replicating other real players as AI simulations, this time everything takes place in a shared world where up to 72 players explore the game map together. While our hands-on offers limited opportunity to understand how that might play out, it’s a concept with much potential that should outshine the multiplayer offerings in earlier series iterations. 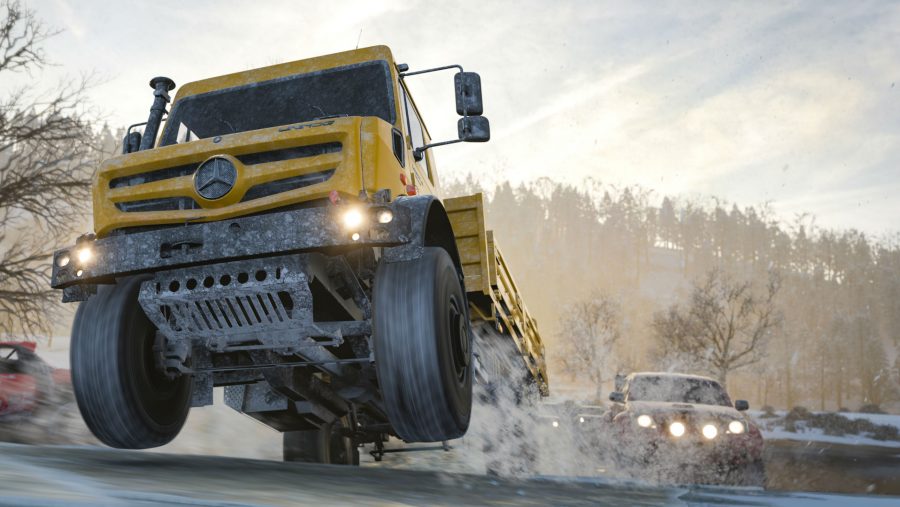 Ultimately, then, Forza Horizon’s fourth outing takes us to a place that feels at once new and delightfully familiar. It welcomes a host of other players, too, and then gives us all the things we love about the previous games drenched in a generous coat of polish.

That’s no bad thing, of course. This is a game that looks and sounds great, with a superb variety of handling, and a brilliant balancing of open-world and circuit-based game design. Forza Horizon 3 demonstrated a world-class development team at the top of its game, and its successor already promises to outclass it.