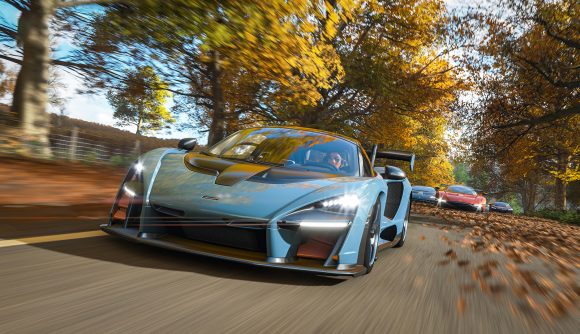 When Forza Horizon 4 released earlier this year, a significant part of the praise it earned stemmed from Playground Games’ depiction of Great Britain. But not content with simply redesigning the hills and dales of Northern England, the developers drew from famous artistic depictions of the country.

Earlier this month, Forza Horizon 4 senior game designer tweeted a side-by-side comparison of a screenshot from the game and The Hay Wain, an 1821 painting by English landscape painter John Constable. The two images were captioned “Games are Art. Art are Games.”

Now, it’s fair to say that there are some differences between the two images. For one thing, Constable’s painting is made from oil paints on canvas, while Playground made its game in its own engine. Elsewhere, there are some differences in the scenery and perspective, but the cart and small pond in the painting’s foreground, as well as the white house to the left make it pretty clear what the designers were inspired by when creating this section of the map in particular.

The Hay Wain depicts Flatform Mill in Suffolk, which was owned by Constable’s father, although the county does not feature in the game itself. In a 2005 poll, it was voted the second most-popular painting in a British gallery.

If you haven’t picked the game up yet, check out our Forza Horizon 4 PC review (and remember that you can get access via GamePass) to take a closer look at PlayGround’s take on England’s green and pleasant landscape.