When I began my first town in Foundation, I knew I was going to love the city-building game right away. Not because of the soft visuals, chill string music, or gentle pacing, but because of something much more mundane. Reader, I fell in love with the paths.

Yes, those little dirt footpaths that my tiny band of villagers march up and down collecting berries and wood were what immediately drew me to Foundation, and they’re a big reason why I suspect I’ll be sticking around.

When you fire up a new city in SimCity or Cities: Skylines, you’re given an empty, flat patch of land to work with. Everything that happens there does so according to your design, and the community you build begins with its roads. Roads connect people who live in residential areas to their jobs in industrial areas, and to the stores where they buy goods in commercial zones. You design every inch of the road system, which ultimately generates unrealistic cities that have no real core or personality.

Foundation illustrates why that is. You don’t build roads at all in Foundation, because the paths that connect your city are built by your villagers based on what they need to do. If you place a woodcutter’s shack near a copse of trees and assign a villager to work there, that villager will then trudge through the waist-high grass to get to work in as short a trip as they can make. Each time they walk that same line, the groove they’ve made in the grass gets deeper and wider, gradually forming a well-beaten trail.

Watching this happen for the first time is magical. Gradually, as I place more buildings in Foundation’s grid-free world, more paths develop, forming a growing web of trails that clearly indicate where the heart of my village lies: at its centre. 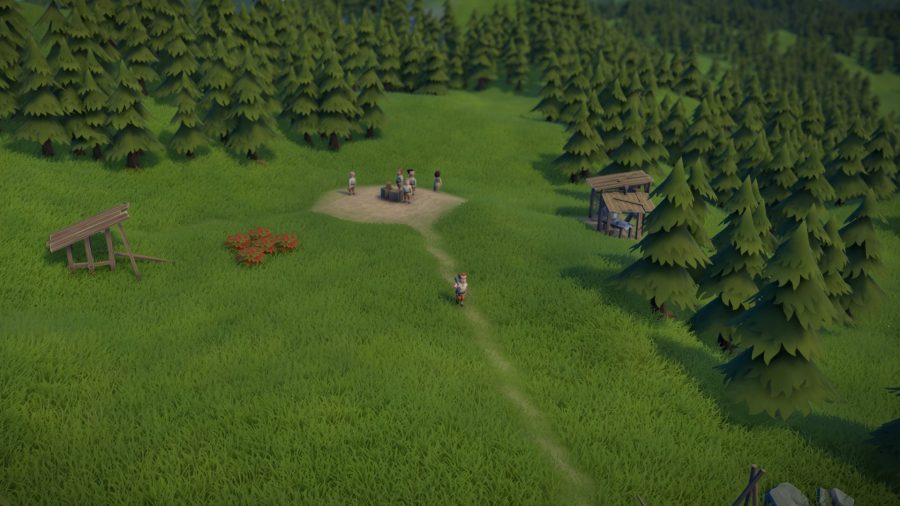 In real life, these kinds of trails are called ‘desire paths’. In old cities, they formed the basis for the first official streets and highways, but you’ll run into them in modern cities too when sidewalks and footpaths don’t take the optimal route. People will ‘cut’ across parks or grassy embankments when it makes less sense to follow the paved surface, and these same beaten paths will form (often leading to erosion problems that cities must then address).

The great thing about desire paths in Foundation is that they don’t just react to the decisions you make. They also inform future decisions about how your town develops. Desire paths have a social gravity to them, and future development has to take their trails into account in order to avoid disrupting village life. Villagers also decide when and where to build housing, and they’ll consider the nearest paths to their workplaces when they do so.

What’s so interesting about this is how it produces such a different kind of city layout than you wind up with in games like Cities: Skylines, SimCity, or my messy favourite, Workers & Resources: Soviet Republic. I’ve written before about how these games give you complete control over things that civic leaders don’t generally have a say in, mainly due to the fact that actual democracy usually makes for terrible gameplay. But Foundation has successfully figured out how to mesh citizens’ ability to make meaningful choices with the player’s control over major decisions, and the result is towns that feel much more organic and real than the tidy grid squares you find in most city builders. 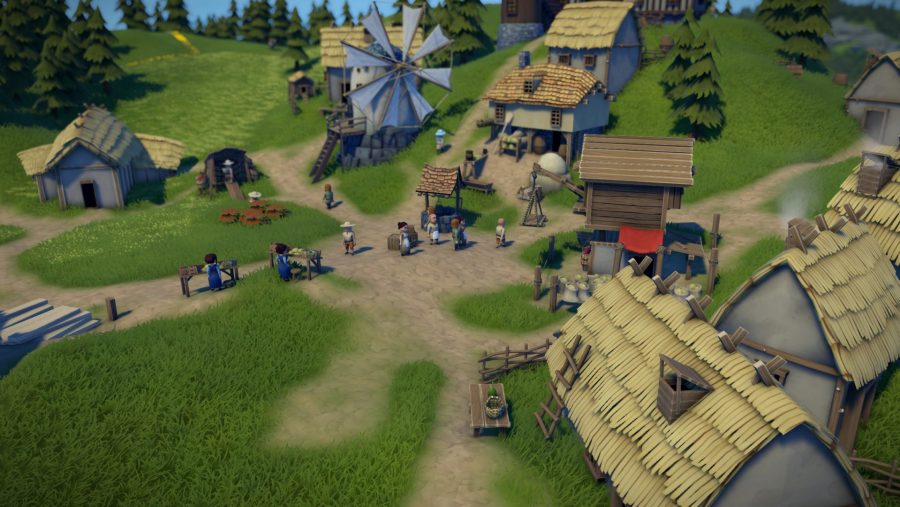 Beyond that, however, is the fact that this is a more dynamic relationship between the governor and the governed. Paths form between two sites you designate, and then your subsequent moves are guided or even determined by those paths. It’s a two-way communication, rather than being completely top-down, and that dynamism makes for a more interesting game. It emphasises the notion that you’re looking after a community of people rather than merely optimising a system, which is a feeling I think is missing from other city management games.

Another thing worth pointing out is that this isn’t a case of the player’s will versus the AI. Villagers rarely do anything frustrating (other than leave town if you’re doing a bad job). Instead of a battle of wills, Foundation lets you watch as your goals and your townsfolk’s goals work in tandem with each other, both reacting to and impressing on the other.

Read more: City builders can tell stories, so why don’t they?

There are other joys to be found as well. The modular building system allows you to design your own major structures, like keeps, manor houses, and churches. Forests you’ve cut down can be replanted with specific tree species, and you can make little training dummies for your soldiers to practice with in hand-to-hand combat. Foundation is a lovely little game, and the sense of relationship established by those initial footpaths makes a great first impression. 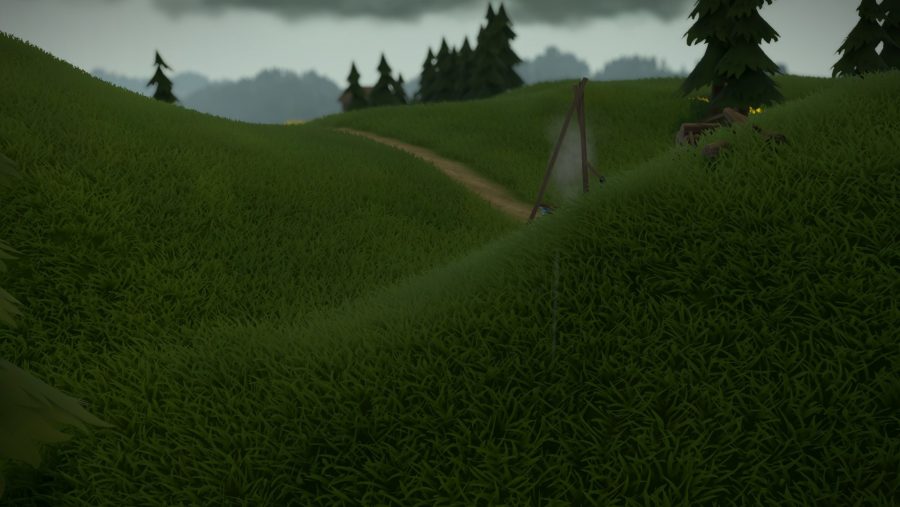 Foundation has just entered Early Access on Steam, and there’s plenty more to look forward to on its development roadmap. Polymorph Games says it plans on adding mechanics for building decay, families and aging, diseases, and new biomes. The user interface is still a bit bare-bones, and the developer says it’ll be working on that as well in the weeks and months to come.

Perhaps the most exciting upcoming feature, however, is vehicles. One day, your villagers will be able to own and ride horses, and I’m excited about the impact they’ll have on my towns’ networks of paths and roads, which I’ll eventually be able to pave in cobblestone. Ooh.