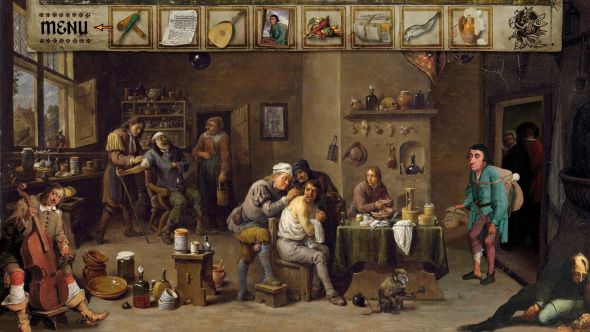 Four Last Things is a point-and-click adventure game made of stitched-together pieces of Renaissance art and public domain recordings of classical music. I can’t remember seeing anything quite like it, and it’s out now, having launched on Steam on February 23.

If you prefer wacky imagination to photorealistic graphics, you’ll probably love some of the best indie games on PC.

Thematically, Four Last Things is about Sin, and the four last things that happen in the Renaissance world – death, judgement, Heaven and Hell. Developer Joe Richardson says it “strives to be intelligent and ridiculous in equal measures”, like what would happen “if Monkey Island had been made in 16th century Flanders, by a time-travelling Monty Python fanboy”.

Screenshots hint at an adventure in which Adam and Eve defend their choice to cover their modesty with bunches of grapes because they’re “rich in important antioxidants, flavonoids and dietary fibre”, and where you’re congratulated for committing sins. 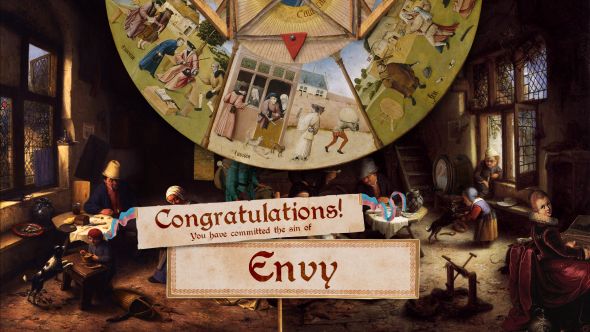