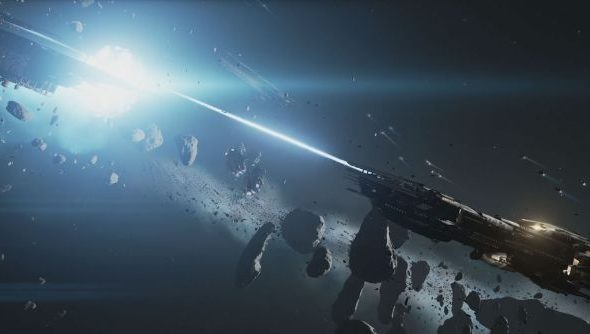 Edge Case Games have announced that their space MOBA Fractured Space now has over 500,000 players in Early Access. This comes after a free weekend towards the start of February that guaranteed anyone who played the game during that period would have access to the game for the rest of its paid-for EA development and into the F2P release. No details were revealed on how long those players played for, or how many put money down for microtransactions, but it did come with news of three new hires.

Want more space, less fractured? Here are the best space games on PC to explore the final frontier with.

Edge Case have hired three new chaps to help out with various business-side developments. Martin Frain arrives from a history at EA, Atari and various smaller companies more recently to head up marketing. Meanwhile a new analytics expert who was previously at Microsoft, Scott Davis, comes in with ex-Gameloft Jorge Ezquerra takes the reigns of monetisation.

Studio COO Chris Mahers reconfirmed that the game would be made fully available this year, “Coming off the back of an amazing free weekend on Steam, the arrival of Martin, Scott and Jorge represents a huge step forward in creating a winning team in preparation for the full launch of Fractured Space later this year.”

Meanwhile Frain issued a statement saying he was “delighted” to join the team and ““The open-dev nature of the studio means we already have a great dialogue with our early-access players and they are helping us really hone and polish the game.”

Congrats to those involved. Even with a free promotion on Steam, 500k players actually logging in and playing is impressive. So long as Edge Case can turn that interaction into profit while maintaining a fun game (which it is, from the small amount I personally played while it was free), they’ll do well.