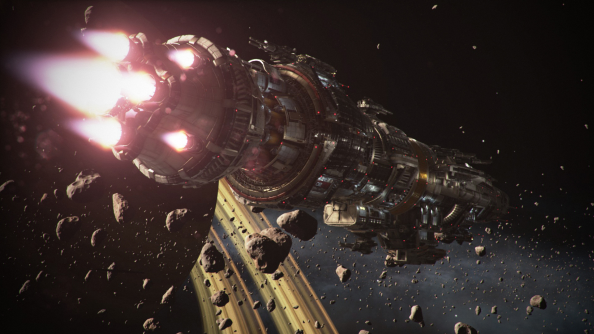 Fractured Space is the MOBA that doesn’t look like a MOBA. Possibly this is because a) it concerns miles-long spaceships of the sort you might see in Battlestar Galactica, and b) there are no goblins piloting metal exosuits. These are not the elements from which MOBAs are normally formed. And yet the strengths of the genre are evident in its 40-minute matches – distinguished by teamplay, clever counters and final pushes to the enemy base. And Fractured Space is becoming ever more MOBA-like as developers Edge Case Games switch over to free-to-play in Early Access ahead of a full launch later this year.

New to the lanes? Here are the League of Legends champions we recommend for newcomers.

Free-to-play is an exciting and proven business model,” says Edge Case CEO James Brooksby. “You still have to make some money, but it’s how you make the money, how it feels right and how it feels fair – and every game is different.”

“We have a lot of people discussing, ‘Is this fair, is this good?’,” adds CCO Jim Mummery. “You’re following that tenet and staying as close as you can. People are still going to argue that it’s pay-to-win, but as long as you can explain it, they’ll listen or they won’t.”

An update last week rolled out sector maps, ships, balance tweaks and 20 new crew members – bubblegum-blowing mechanics, ethereal AIs and rugged repairmen (human, but admittedly, piloting metal exosuits). The crew are important, not only because they provide context and a better sense of scale to Fractured Space’s fiction – a reminder that these ginormous ships are held together by individuals who would appear as mere specks on their surface – but because it provides an extra strategic layer beyond ship choice.

Every crew member’s skills slightly shift your prospects in battle – reinforcing the hull, bolstering armour repair rate, reducing the time it takes to ‘blink’ across a sector. In effect, fiddling with your crew’s make-up allows you a granular level of customisation which, together with ship loadouts, matches the depth of a more conventional MOBA item shop.

“For the hardcore players, there’s plenty there to mess around with,” says lead designer Jamie Ferguson. “We want it to be as deep and wide as possible. If you’re going to pick a Gladiator and just be that enormous metal roadblock in the middle of a sector that holds people in position, or go the opposite end and become a Hunter who is just blinking around, harassing the enemy by jumping into forward stations. There’s a lot of variety there – it’s not just lumbering hulks trundling from A to B.”

You can imagine how the meta might develop; the future forum posts devoted to highly optimised crew setups and their use in battle. 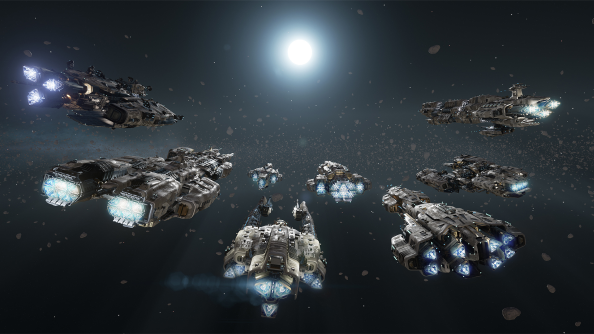 “We’re looking to create that experience,” confirms Ferguson. “We’re also looking to explore items that you can [use to] tweak your crew even further.”

Tentatively called ‘pins’, these items will eventually appear as drops – part of a new match reward system – and a prototype version is already with community testers.

“Having that relationship with your fans is a really useful thing,” says Ferguson. “Even though theoretically it’s possibly madness to develop live, it’s actually proven to be [useful] for working out whether your ideas are good, whether they have value and whether they need to be improved or not.”

That’s true of Fractured Space’s new player experience, which has required increasing amounts of attention as the game has floated through Early Access. As the veteran side of the game gets deeper, that initial dive gets only more intimidating. Edge Case believe they’ve boiled down the basics, however, with an initial 10 minute match that prevents newcomers from either running scared or getting “a bit bored”. 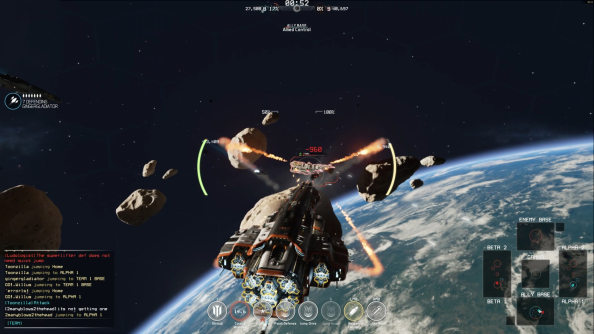 But the benefits of live development are most stark when, as with the new drop system, the developers turn out to have simply got it wrong.

After last week’s update, drop pods filled with rewards could be earned on a daily basis by finishing matches. But the crew members unlocked in those pods weren’t usable without recourse to DNA – an in-game currency stockpiled during play or paid for with real money. That fact caused noisy upset in the Fractured Space community.

“Basically we messed up,” said Brooksby in a Steam statement on Thursday. “The new crew collection system has been rolled out in a way that we are not proud of, and you guys have reacted to in a very understandable way. We will now do what we should have done in the first place and ensure you have the crew you already played so hard to get.”

Edge Case are giving away all pre-update crew members to everybody who had played beforehand, and reimbursing currency spent on drop pods. Herein lies, presumably, the potential “madness” of live development – learning that every two steps forward involves one step back. 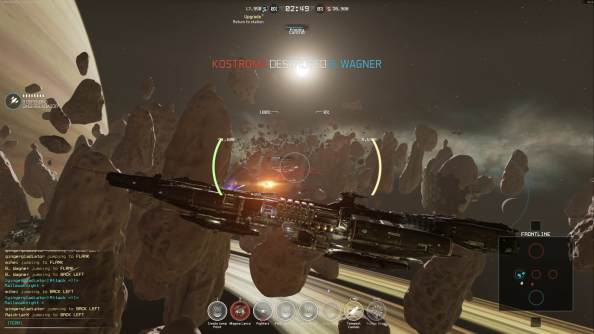 “As with all new features we’re rolled out over the past 18 months, the crew collection system will improve, and soon as well,” said Brooksby.

If Early Access MOBA development seems like a stressful endeavour, however, it apparently isn’t alway so. Also new to Fractured Space is a minigame designed to mitigate matchmaking wait times in the early morning or late at night. It’s called Fractoids.

“It’s riffing off a well known 80s game and it’s a lot of fun,” laughs Ferguson. “We’ve already had a couple of complaints that matchmaking isn’t taking long enough.”