If you were to visit Fractured Veil’s website you’d instantly be transported to Maui. That’s not quite as exciting as it seems: the vehicle is autoplaying footage of the Pacific island, which shows you how it’d look in a science fiction future where experiments in teleportation have thinned the membrane between worlds, leaving it less populated but more dangerous. Yeah, this isn’t a chance to go on holiday. Sorry.

Fractured Veil isn’t unusual in hosting streams on its site – that’s only wise when developing a multiplayer survival game in 2018. What’s stranger is that no players are controlling the camera. Instead, intelligent drones sweep the island looking for sights worth seeing.

“I think at the moment it might be hovering over the ocean,” project lead Ryan Wiancko tells us. “It gets a bit sentimental like that.”

At the time of writing, the prototype drone hovers gently above the surface of the island, taking in a parasol and a dilapidated sunchair. Were it not for the bare, post-apocalyptic earth, the scene might look like the real-life tourist destination it’s based on. It’s one of many scenes the drones will capture thanks to machine learning technology the dev team is building in Unreal Engine 4. 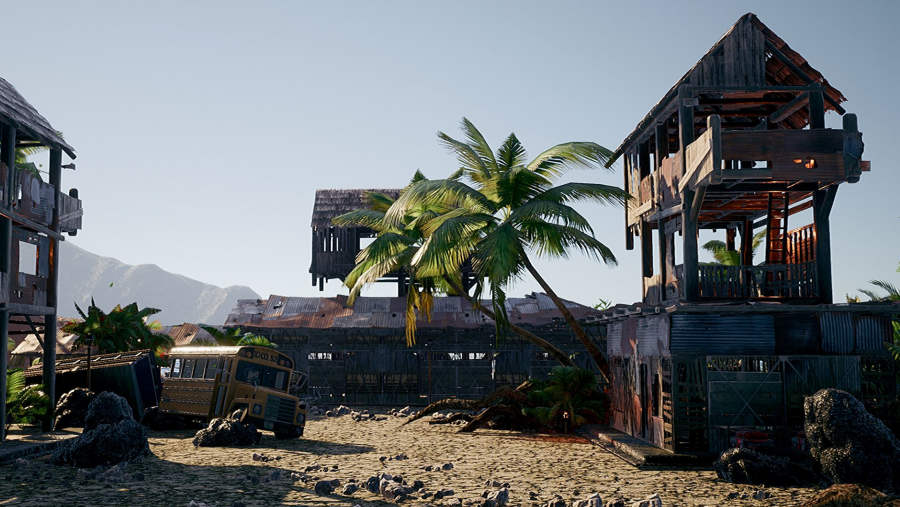 “We really don’t want to pigeonhole ourselves into one category by saying it’s an open-world survival game, or an MMO, or an RPG,” Wiancko says. “It definitely has a bit of all of those.”

Perhaps what distinguishes Fractured Veil is that its team is made up of “really intense technical people” – people determined not to do things the hard way if they consider the pay-off to be worth it.

“We’re taking Unreal Engine 4 and pushing it to a place where we can start achieving some things that aren’t seen in any of these genres,” Wiancko says. “One of the really exciting parts of it is taking the technology to places it hasn’t been before.”

Determined to push survival gaming beyond 100 players, the team has loosened much of Fractured Veil’s underlying networking from the Unreal game server and redistributed it in the cloud. It’s a step made possible by the access to engine source code Epic gives to developers.

“We’re utilising a lot of Google Cloud services to decouple elements of the backend, which has involved rewriting massive portions of the core engine,” Wiancko says. “With that, though, comes the ability to integrate some other really cool things. Like YouTube, for example.” 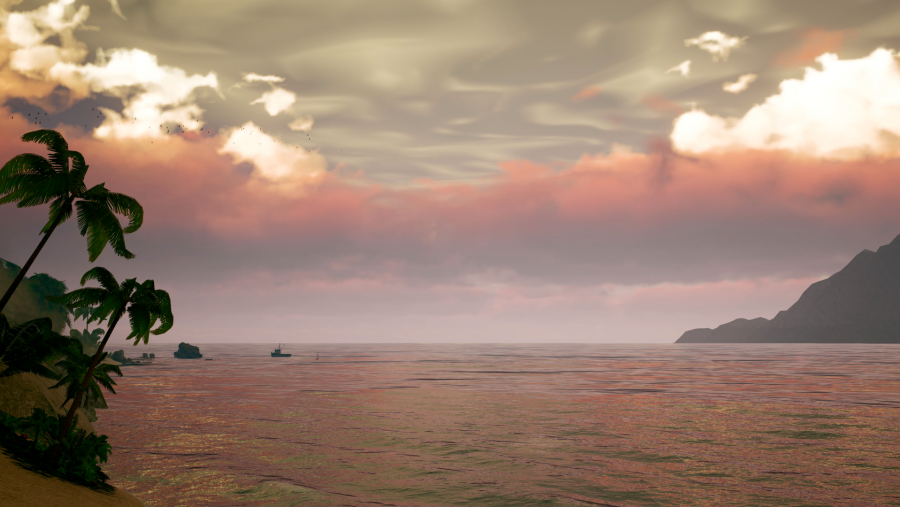 The camera loves you

Fractured Veil’s drones are Unreal Engine 4 actors – just like the player’s camera – that fly around Maui and transmit a feed live to YouTube.

“We’ve been spending a lot of time putting infrastructure in place so that we’re not streaming this thing through a third-party that then goes to YouTube,” Wiancko says. “We’re hooking directly up into the YouTube API.”

The plan, ultimately, is to have a number of drones broadcasting at all times – each powered by a machine-learning algorithm capable of detecting what’s going on in front of it and seeking out exciting activity on the server. Individual drones will even have their own personalities and directorial eye.

“We might have, for example, a National Geographic style channel where it just wants to go and find the interesting stuff happening with the wildlife,” Wiancko says. “And then we might want one where we can see social interactions between players forming.”

Though high concept, the drones are designed as a pacifist alternative to the pot-stirring mechanics already seen in other survival games – like Rust’s attack helicopter, which fires on players wherever it finds them.

“It can shake things up a little bit,” Wiancko explains. “Unlike some of those other survival games, we don’t want the drone to be able to arbitrarily become the judge and executioner of the situation – it’s now just broadcasting to the world, so other players who might not be online at the time can see that this is going on and decide to take action or not.”

The drone isn’t omnipotent either – they’re actors in the world that can be tricked or evaded like any other. Play stealthily, or stick to the areas of Maui the algorithms have determined to make poor television, and you can dodge the cameras entirely. Not that every player will want to, of course.

“The players are able to see this drone in the sky doing it’s thing,” Wiancko says. “You can feed into the voyeurism of the crowd in a Hunger Games style – you know people are watching so you might be able to play to the audience a little bit.

“Having a cinematographer following you around as you’re going on a raid or engaging in a big battle, knowing that once it’s all done you can go and see it in action, definitely adds another element to the game.”

In this sponsored series, we’re looking at how game developers are taking advantage of Unreal Engine 4 to create a new generation of PC games. With thanks to Epic Games and Paddle Creek Games.