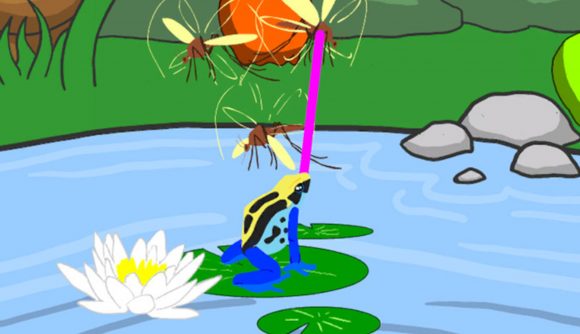 Frog Fractions: Game of the Decade Edition is now on Steam. If you haven’t played Frog Fractions, you might be skeptical about whether it can live up to the moniker ‘game of the decade’, but if you have played it, well… you might still have other favourites from the past ten years. But Frog Fractions is a heck of a game, and this Steam release helps ensure it’ll remain available to future players.

Frog Fractions originally launched as a free browser-based Flash game in 2012. At first glance, it’s a fun little parody of early educational games, but after about ten minutes of play you’ll find that there’s a whole lot more beneath the surface. Discovering the weird stuff is most of the fun, so if you’ve not played it before, just head to Steam before you absorb too many spoilers.

Now that Flash is getting phased out of modern browsers, it’s going to be a lot tougher to play the original Frog Fractions, which makes this Steam release especially appealing – on top of the promised “glorious 4K resolution”, of course.

The Steam version also offers an optional bit of DLC called Hop’s Iconic Cap, which lets you play with a hat on. (There seems to be a whole lot of actual content in the DLC, too, but that’s a secret.) The cap is available at a 20% launch discount, which brings the price down to $7.99 / £5.75 / €6.55. 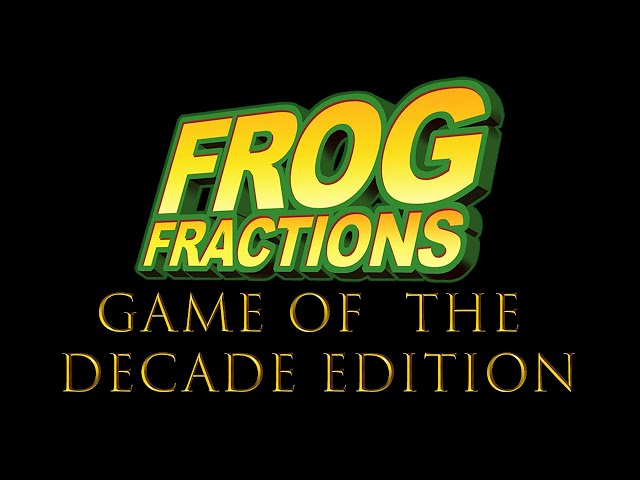 While you’re digging into further free PC games, keep an eye out – you never know when you might be playing something that’s secretly Frog Fractions 3.