From zoos to rollercoasters to frighteningly irresponsible god-playing dinosaur-infested terror parks, if you can dream it, Frontier Developments will let you create and administrate it. For its latest project, one of the leading creators of strategy and management sims and a team that once built a 1:1 replica of our own galaxy and beyond is taking on something truly elite and dangerous: the pinnacle of motorsport itself.

A total of five games are planned, and the first is a while off yet – slated for 2022 – but already my mind’s racing, if you’ll excuse the excellent pun. This represents the opportunity for some unholy, life-evaporating crossbreed of Football Manager and Kimi Raikkonen memes to come into existence, and as someone with more hours on Playsport Games’ excellent and totally unlicensed Motorsport Manager than I’m strictly proud of, I’ve got very clear ideas for where this series needs to go, Frontier.

I think we can take it as a given that each driver’s on-track tendencies will be mapped. Ricciardo’s knack for late-braking overtakes, Leclerc’s cool quali performances, Verstappen’s fortnightly trips to the stewards’ office – these are the fundamentals of any F1 management game. I’m talking about a simulation of their personalities that goes further.

I want to see varying degrees of loyalty from drivers. I want to see some who have a real aptitude for developing the car and forging relationships with race engineers, designers, sponsors, and engine partners. And of course I want to see those who don’t.

For more number-crunching: the best management games on PC

Basically, Frontier’s management game should be able to show why Fernando Alonso won only two drivers’ championships despite possessing arguably the highest on-track skill of anyone on the grid for at least a decade of his career. The interpersonal woes, the power struggles, the team-mate feuds – turn all of that into spreadsheets and let me pore over those spreadsheets for eternity please, thanks. 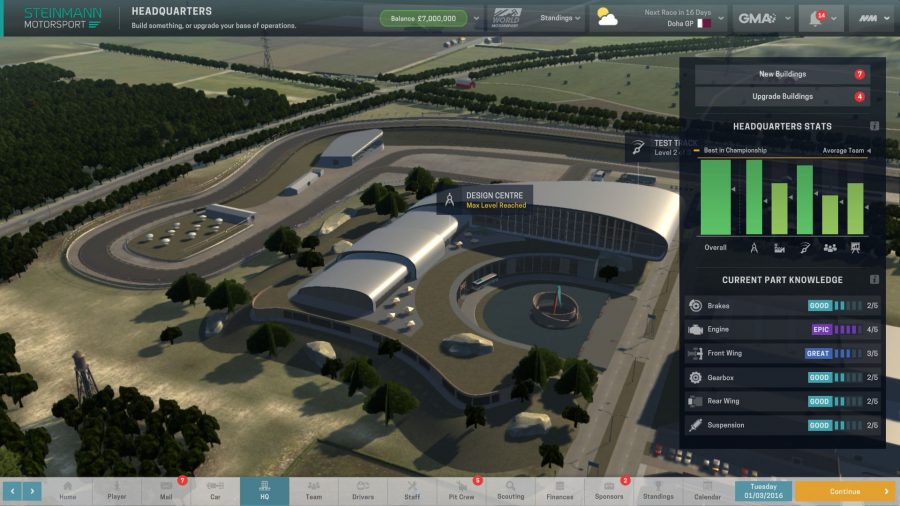 This is always a balancing act in any sports game. You don’t want to play a season of Football Manager and find that by the end of it, Messi’s at PSG, Bayern have bought half your shortlist, and the Liverpool first team is now populated entirely by August and January signings while Salah’s off somewhere like Trabzonspor.

Something like: Your driver just told a rival to suck his balls on live TV. Would you like to schedule a meeting?

But at the same time, if you feel as though you’re the only one progressing then the bubble of convincing simulation bursts. This was the case in the career modes of Codemasters’ F1 games until F1 2019: in ten years you’d have restored Williams to its ‘90s glory and come close to matching Schumacher’s records, meanwhile Ferrari has retained the services of 50-year-old Kimi Raikkonen for another season.

So obviously driver changes are essential here, in a management game where signing new drivers is the single most exciting and impactful thing you can do. But outside your team, these need to happen at a convincing pace that mirrors the real world. Big names might move once or twice in their careers, while up-and-comers might have to hop between race seats every year or two. 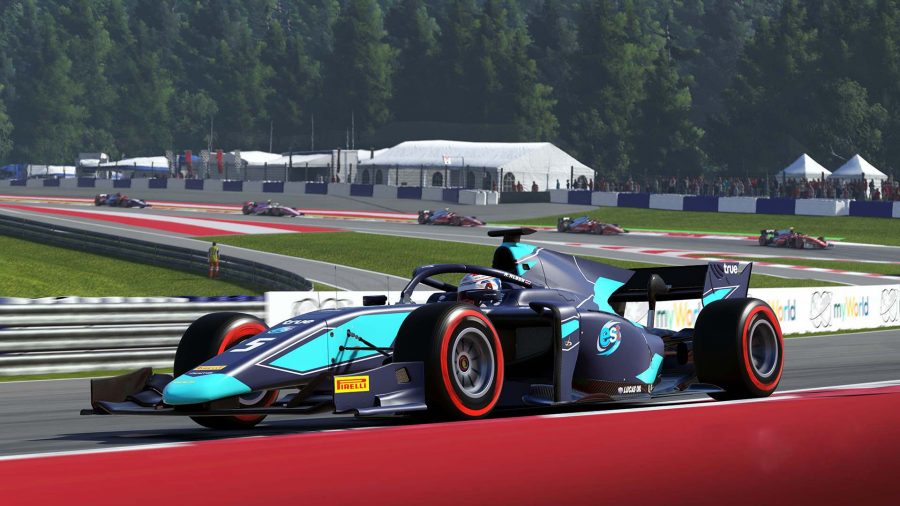 This is the big one for me though: I want to see other teams’ engine suppliers and sponsors change, too. If I’m balancing the books to secure a Mercedes power unit or jumping through hoops to get a prestige sponsor on my sidepods, my rivals need to be striving for the same. It can’t be static.

Obviously the problem here is with the official license. Ferrari is never going to use a Honda power unit and if a game depicted that there’d be all kinds of furrowed brows in lawyers’ offices. BWT is a big part of Racing Point’s image and I’m sure it wouldn’t be happy to see its logo daubed on a Williams. I don’t know what the solution here is – a pool of brands without existing F1 sponsorship deals? An absolute worldy from Frontier’s legal team? However it happens, I should be able to look at a Red Bull in 2032 and see a very different image to the car which embarked on the opening season. 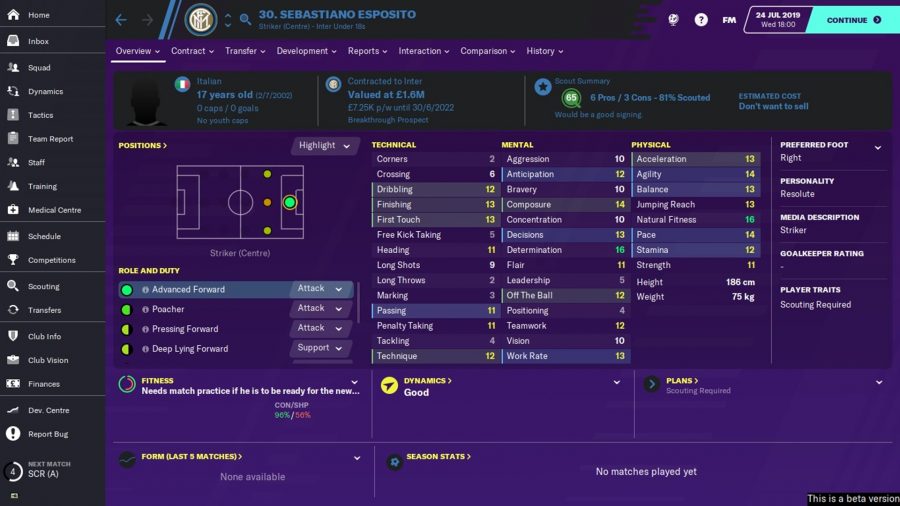 To call upon Motorsport Manager’s brilliance one more time, all the drivers in that game were fictional. And it wasn’t a problem in that context, because the entire game was fictional. When you begin a game grounded in reality though, there’s a feeling of having lost something when regens start to seep in. See: Football Manager, PES, et al. It’s just not the same looking at your star player and seeing a 3D render of some oik who looks like he wandered in from The Elder Scrolls IV: Oblivion instead of Joao Felix.

Fortunately the real world is full of prospects touted for a future F1 drive. Mick Schumacher. Nyck de Vries. Jamie Chadwick. Drivers who fell off their race seats but could feasibly return, like Brendan Hartley or Fernando Alonso – if you read the gossip columns, anyway.

And yes, eventually there’ll come a point when even the youngest prospects become old and retire. Without a predetermined end point, regens are a necessary evil to keep the simulation in motion. But let’s not be signing Hamon Dill or John-Eric Venner three seasons in, eh? 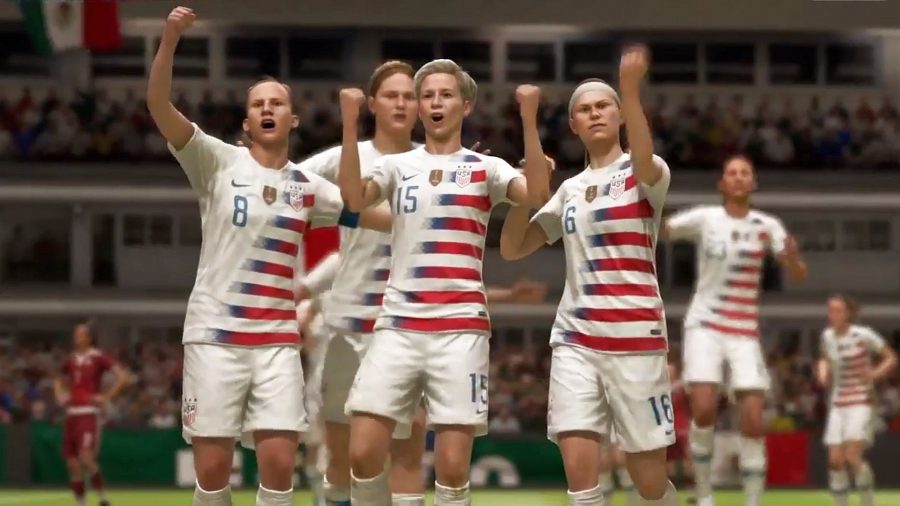 And let’s not have that same debate that cropped up during Battlefield V: The sport’s seen five female drivers compete in the last 60 years, and that number’s going to increase in our lifetime. There’s no reason we shouldn’t expect to see the likes of Jamie Chadwick or Tatiana Calderón challenging for the title in the next decade or so, and to have the opportunity to be the visionary team boss who helped that happen would be something, wouldn’t it?

The same goes for behind-the-scenes positions in the design and engineering teams, which obviously I’m hoping you’ll have granular control of. The historically male-dominated world of Formula One is slowly modernising and finds gradually more women in its ranks. Frontier’s game should reflect that.

5. Visual control of your team

Another licensing hurdle to navigate here, but designing team liveries is 95% of motorsport management in my book.

We don’t have to throw the rulebook completely out of the window here, either. If you played this game and recoloured Ferrari blue, I fundamentally wouldn’t trust you as a human. But that smart refresh the Maranello team went with in 2019, which included a matte finish and black trim instead of white – that’s the kind of decision I want to make.

So let’s say we have a brand guideline doc of hex code colours to work with, and then a big old gallery of livery variations to apply those colours over. Wouldn’t that be fun? 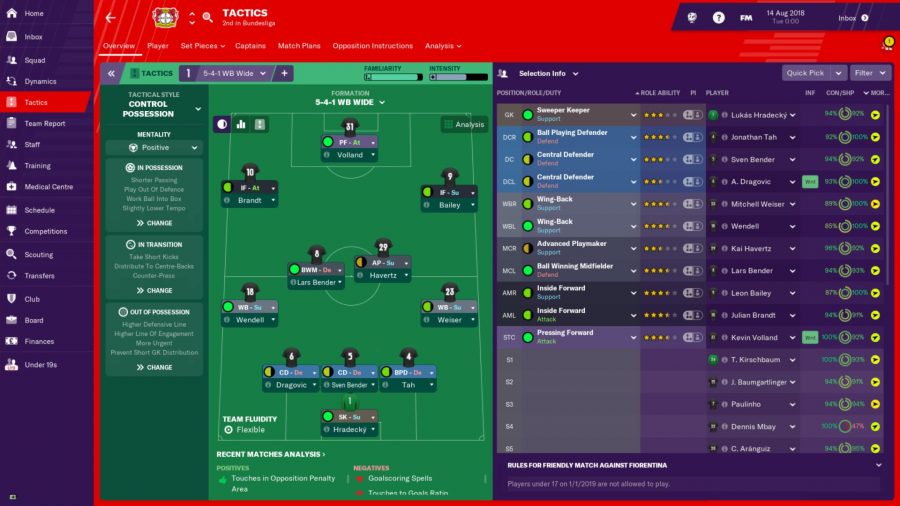 Juan Pablo Montoya missed part of the 2005 F1 season due to a hairline fracture he suffered “playing tennis”. The 50mph crash he had while attempting to jump a motocross bike had nothing to do with it, apparently.

Kimi Raikkonen recently revealed that between two race weekends in 2012, he and some friends embarked on a frankly impressive 16-day drinking bender. He finished on the podium at the next race.

It’s these stories that make Formula One. They elevate the spectacle from a grim procession of morally dubious sponsors on lighting fast ad boards to a daring soap opera played out between characters whose fortunes you’re deeply invested in.

All I’m asking for, really, is the odd pop-up menu. Something to make me double-take while I’m sipping my tea and checking manufacturing department overheads. Random incidents.

“Your driver just told a rival to suck his balls during a live TV interview. Would you like to schedule a meeting with him?” Something like that. 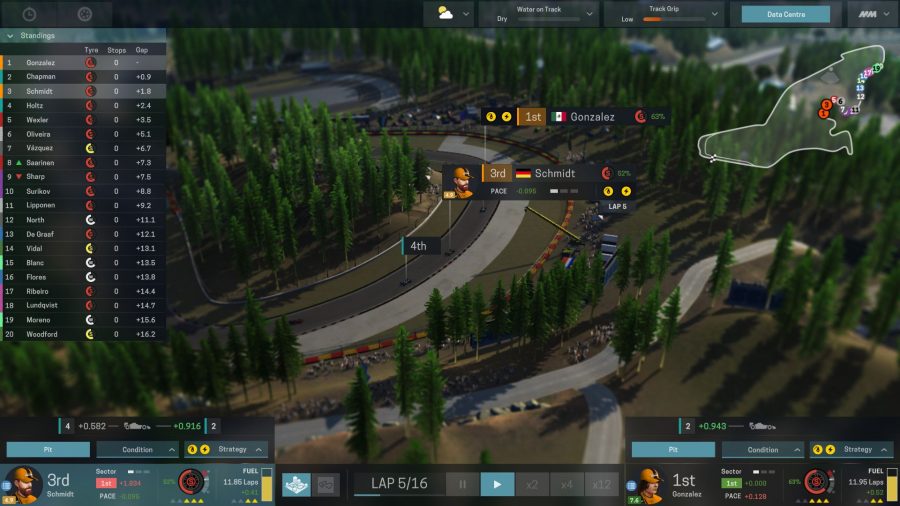 I’m not saying don’t improve on it. Please do. But Playsport’s micromanagement layer is a fantastic basis for races themselves. Making the right tire choice at the right time and watching your drivers leap up the standings feels every bit as good as that iconic flashing text when a goal is scored in FM, and I simply can’t think of a better way to depict the second-by-second decision-making that goes on at the pitwall during every lap of a race.

I suppose that’s why Frontier has been entrusted with a multi-game officially licensed deal and I’m writing spurious listicles about a game I’ve imagined based on reading a news story about that deal.

Still, there’s a lot to learn from Motorsport Manager and I hope to see it paid its dues when Frontier’s take on F1 management arrives.