Good news, Frostpunk fans – there’s another one on the way. 11 Bit Studios has just announced Frostpunk 2, a sequel to the 2018 survival-city builder, in which you’ll once again play the leader of a demanding and resource-starved metropolis confronting the fallout of an apocalyptic blizzard – though this time it sounds like the challenges will be different, and the scope will be bigger.

“The world turned against us, yet we survived,” a voice in the Frostpunk 2 announcement trailer – which you can check out below – says, alongside shots of desolate, frost-stricken machinery and wasteland with slicks of blood and oil in the snow. “We brought heat to our homes; we healed our sick; we fed our children. Some say we broke our promises. Some say we betrayed our brothers. Some say we abandoned God. Yet, it is not us, not them, who brought us this far. And those who make sacrifices today will reap the rewards of tomorrow.”

It’s just a teaser at this point, with no gameplay to check out, but it’s a haunting one, ending with a shot of a man left out in the cold to die, with the word ‘liar’ painted across him.

The story this time around is about humanity’s search for new sources of power, 30 years after the blizzard. Frostpunk 2 moves on from the age of coal to one of oil, with the industry of extracting this expected to be the saviour of Frostland’s people. However, as the studio explains in a press release, change doesn’t just happen, and “not everyone in this new multi-layered society will welcome this new direction”. 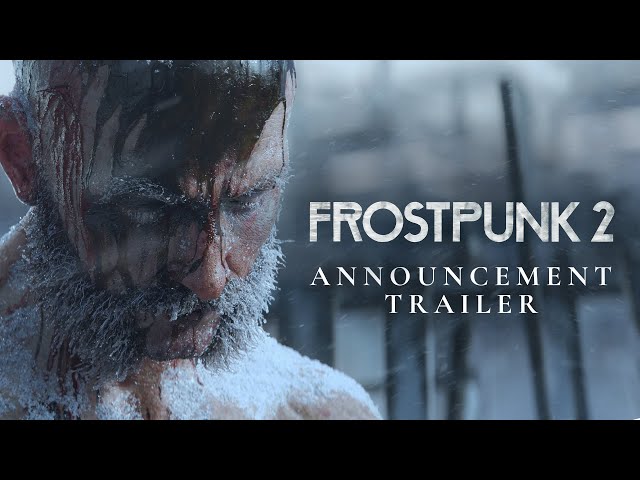 With a bigger studio of nearly 70 people on the game’s team, 11 Bit Studios will be bringing a “much bigger scope to the table” for Frostpunk’s sequel. “Our ambition is to do more than a straight-up sequel,” says co-director Jakub Stokalski. “What we aim to deliver to players is an experience that goes vastly beyond that of the original Frostpunk.”

“What players should expect is a wide universe of choices, freedom to shape the society and the city however they see fit – and reap the consequences,” Stokalski adds. “Frostpunk 2 builds on the conflicts of its predecessor – survival versus human values, life versus the arctic frost. But, most importantly, it adds a new layer that is present in many aspects of the game – be it politics, be it society, be it technological progress – the conflict between humans and their nature.”

Get buildin’: The best city building games on PC

There’s no word of a Frostpunk 2 release date just yet, but you can wishlist it on Steam, GOG, or the Epic Games Store at those links. You can also try the first game for free from now until August 16 on Steam if you’d like to give it a go.