Frostpunk is getting ready to tell its last story. The On The Edge release date has been announced, and the final piece of add-on DLC for the survival game arrives August 20, and with it comes the conclusion to its chilling story of hard-won survival, loss, and difficult choices along the way.

On The Edge wraps up the story of survivors who set out from London during a post-volcanic winter that never ends, looking to find somewhere to settle and thrive. The New London settlers have escaped the vicious Great Storm, and in On The Edge their story picks up where the base game’s narrative ended. A scouting party has been sent to investigate a military warehouse that’s been exposed by a recent storm, and you’ll have to guide them as they establish an outpost to send the unearthed supplies back to the city.

On The Edge has its own set of new game mechanics – while the weather is less severe than the extreme conditions faced in Frostpunk’s main campaign, here you’ll be working without a generator, and there aren’t as many native animals to hunt for food. Now you’ll have to partially depend on New London, who will send you supplies as long as you can keep them happy with steady shipments of goods.

Here’s the brand-new trailer for On The Edge: 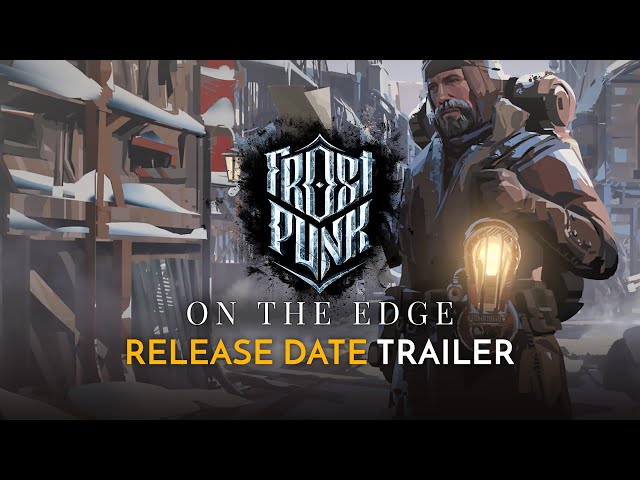 Developer 11 bit studios says in On The Edge you can expect to find a brand-new story, new circumstances to adapt to, an all-new map with new structures to explore, new policy decisions to either unite or divide your followers, and new mechanics for economics and diplomatic relations.

On The Edge will be available August 20 on Steam, GOG.com, and the Humble Store. It’s included with the Frostpunk season pass.