Robot-football game (American-style) Frozen Cortex is an entertaining take on turn-based simultaneous tactics, letting you crash and smash robots into one another all for control of a little ball. It’s been updated for the spooky period, including the above-pictured frilly armour and terror-face. But what does it all do?

The Pay2Lose armour does exactly what it says. For a single US dollar, euro or eighty Great British pennies, you’ll have access to armour that massively reduces the stats of any player it’s equipped to, and gives them this nifty fairy princess vibe. While fetching, it doesn’t sound particularly useful. Co-developer Paul Taylor defends it thusly:

“Use it for effective handicapping against newer players, to humiliate your friends or for the sheer aesthetic pleasure of its ludicrous frills.”

Thrilling stuff. It comes to the game at the same time as the free Halloween cosmetics, which Paul was equally enthused about saying “I hate Halloween.” It looks like this: 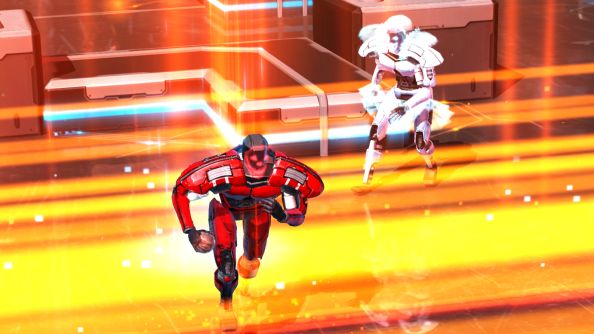 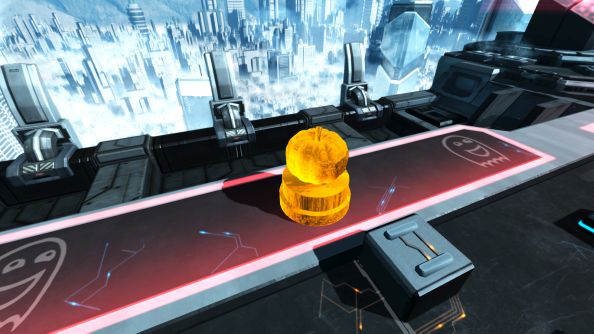 Win the giant pumpkin or be forever mocked by the 1% who get their pumpkin trophy. A recent patch has also improved the game’s tutorial and introduced a really flashy new tackle animation. I asked Paul for a decent video of it but unfortunately he’s drunk at week-long industry shindig Gamecity – a fact he exclusively gave me permission to quote him on – so here’s a Vine instead. Churn the butter.

Frozen Cortex is part of the Steam Halloween Sale, so you can pick it up cheap now if you like. I’m a fan of its concept and play, though didn’t find it engaging enough in Early Access to play more than a few matches. Jeremy was more impressed upon final release in his Frozen Cortex review.