In Frozen Synapse 2, the ambiguity of many modern games is stripped away. You know the type: the card draw in Hearthstone, an uncertain shot in XCOM, or the chests of Fortnite. These are all games that use RNG – short for ‘random number generator’ – to punish and, if you’re ever so lucky, reward you.

RNG has become our most convenient scapegoat for any time a game frustrates us. It wasn’t your skill that failed you, it was the dice rolls, or the progression systems that take too long to hand over the goods you need. Was it actually RNG that caused you to lose? Possibly – who can say? To blame RNG is to brandish your fist at the gods.

You cannot direct your anger towards anyone but yourself in Frozen Synapse 2. This is a turn-based tactics game in which encounters between two opposing paramilitary forces are resolved according to a stark triumvirate of lethal factors: aiming, stillness, and cover. For you, as director, there is no cover.

You steered every aspect of your SWAT-style squad’s movement, from their stance to their pathfinding. Once the smoke grenades clear there’s nowhere to hide from your mistakes. Games have never made you so accountable. 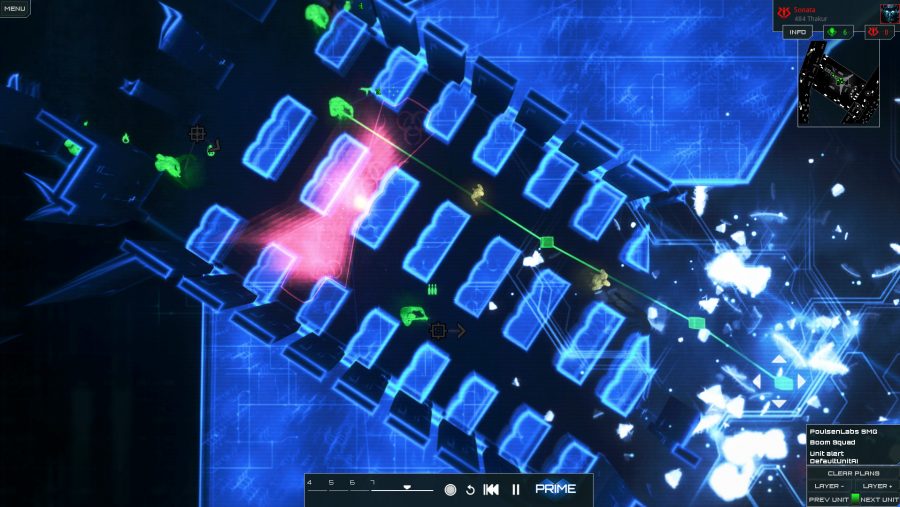 How much can go wrong in five seconds? Oh, my child

There’s a common maxim expressed in game design: players should blame themselves and not the game for their failures. It’s considered the key to keeping you interested, even on the occasions you’ve ground your teeth into dust after falling to the same boss for the 18th time, or spinning off the race track on the final corner.

The way developers do that is by showing their working, so that the reason you failed becomes transparent enough for you to recognise and correct the next time around. Few games, though, are made by people so willing to shine an unflattering light on your failures as those who designed Frozen Synapse 2.

A match here is no abstract back and forth, but a real-time battle split into chunks – each turn is five seconds long. How much can go wrong in five seconds? Oh, my child. In this game, a split-second in the open is enough to trigger a shot from an enemy weapon – and a single bullet from any weapon is enough to kill any one of your soldiers instantly. Not sure what went wrong? Frozen Synapse 2 is happy to play the moment back to you as many times as you like, with forensic clarity. 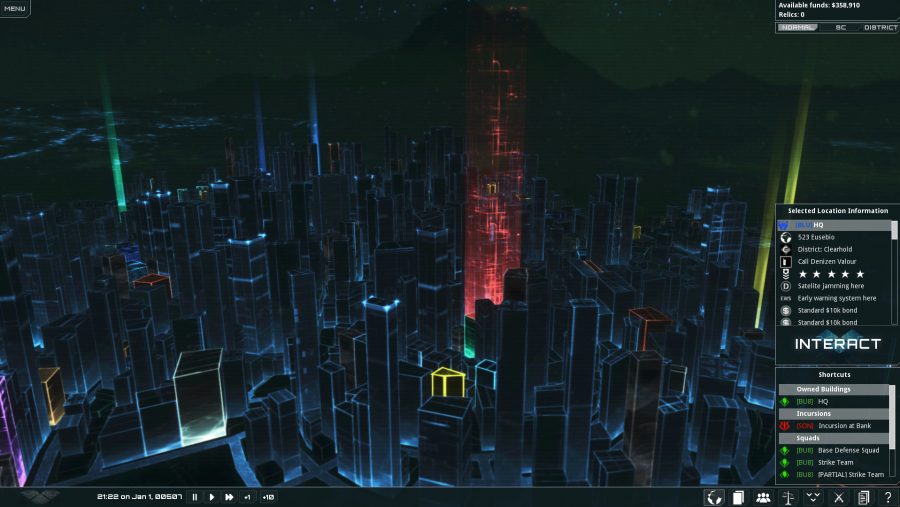 All of this was also true for the first game in the series, but I had wondered whether the bigger ambition behind Frozen Synapse 2 would make it more friendly, to the detriment of its character. This time around, the tactical battles are simply the heart of a single-player campaign that tasks you with protecting a whole city. You have to balance the books and the interests of vying factions, all of whom seem to have an ideology and a standing militia. Even the university.

Like RNG, Frozen Synapse 2’s city is a set of interlocking systems so complicated that it’s impossible to keep track of everything that’s going on – and you’re not expected to. That complexity leads to an appealing messiness. In one instance, I took a contract to deliver a package to a downtown high rise and disturbed an uneasy peace I didn’t understand. After failing to politely excuse myself, I became embroiled in a desperate firefight with the Diamond Brothers, barely surviving the fight but emerging with $120,000 in bonds and an ideally situated second base. I may never know who the Diamond Brothers were. 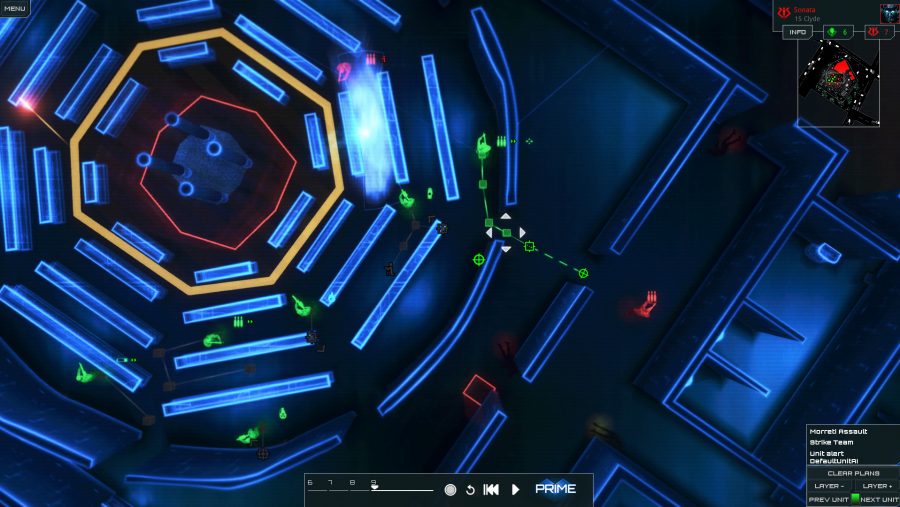 It’s exciting to feel like you’re flying by the seat of your pants in a game as pre-planned and deterministic as this one, and the experience turns out to be a welcome expansion of the series. Even at this scale, Frozen Synapse 2 manages to retain its clarity – exposing faction relations for those who want to see them and portraying the city streets plainly, like neon sheets of ice. The humour in the writing, too, is sharp more often than it is warm. Tackling Frozen Synapse 2 feels like going to play chess in Washington Square Park – it’s that intimidating, exhilarating rush of facing down great intellects.

For those of you who like to complain about RNG on the internet, looky here, as Frozen Synapse 2 is your chance to test yourself. That’s no longer quite so intimidating a prospect as it once was as you’re cowled in the overarching systems of the city – think of it as a comforting blanket that gives you a little room to blame the maths for your shortcomings if you want. But let’s make a deal: if you do that, your complaints have to be made while sucking your thumb and every sentence has to end ‘because I’m a crybaby’.