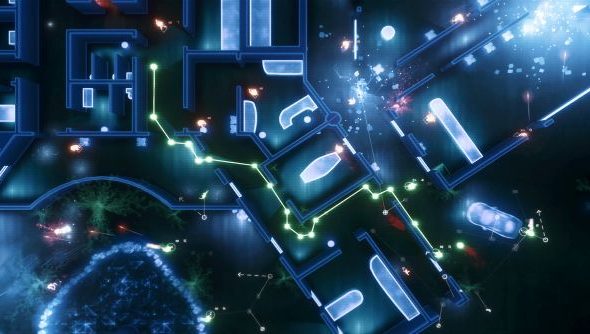 Frozen Synapse 2 is continuing to refine the real-time tactical shooter from its hit debut iteration with new offensive and defensive options like focus aim, wait commands and the ability to run and gun.

Ian Hardingham, designer on Mode 7’s sequel to their 2011 strategy hit, has detailed some of the quality of life improvements being made in the more nitty gritty aspects of digital top-down warfare.

In the latest developer diary for the game, due out in what’s left of 2016, Hardingham shows off how your squad members will now auto-engage enemies sometimes during a movement command, instead of stopping the movement in what is probably a dangerous spot.

Other improvements such as a dedicated “focus diamond” allows you to specify areas to watch for enemies from when entering line of sight, giving your defender or attacker a reaction advantage – if you predict their position correctly.

The focus diamond can be circumvented by choosing more angles to engage from and if your opponent has predicted your movements incorrectly, the attacker can gain the upper hand.

Hardingham also showed off some frustration-easing changes to how hold timers are issued in the list of commands, reducing on-screen clutter and making complex move-wait-action combinations possible in a single turn.