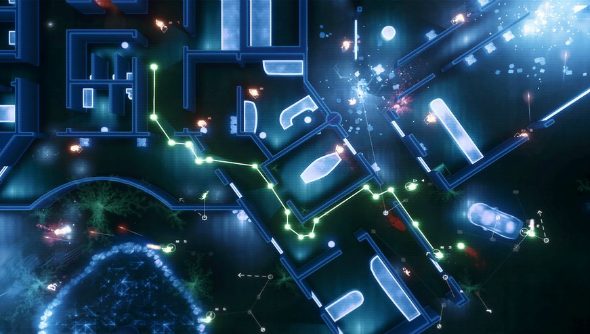 If you’re looking for a strategy game to keep you occupied until release, here’s 15 of the best around right now.

The successor to 2011’s indie breakout hit pushes hard on an open world aspect to the turn-based tactical action of the original, procedurally generating entire cities for you to battle across.

Markov Geist, the futuristic wireframe city you are fighting through in the game, will be generated entirely anew for each campaign. And what’s more is every single building in that city can be the stage of an encounter at the tactical level, meaning you’ll never have the same game twice.

Following in the footsteps of fellow procedural indie connoisseurs Hello Games, Mode 7 have chosen to relay this information through the No Man’s Sky-approved trailer format of “Every x procedural”. While you can “breach any building” or “forge any alliance” you can also “shoot many triangles” as the meticulously planned combat of the original returns again.

Rather than allow you to take your turns sequentially with your opponent, Frozen Synapse plays out both side’s plans at the same time, meaning you’ll need to out-think your opponent instead of outmaneuvering them. It’s an unusual concept to get around coming from the XCOM-esque standard among strategy games, but offers a ridiculous amount of freedom in how to tackle a scenario. Much like the freedom now being extended to the open-world campaign.

The sequel brings with it a set of advanced tactics orders you can issue to your digital troops, logic commands that tell soldiers what to do if the scenario that occurs during playback of a turn is different to what you had anticipated. Things like ‘if there is a man in front of you, make sure he is dead before walking through the door he is aiming at’. It’s nice to be reminded that you’re smarter than a computer sometimes.