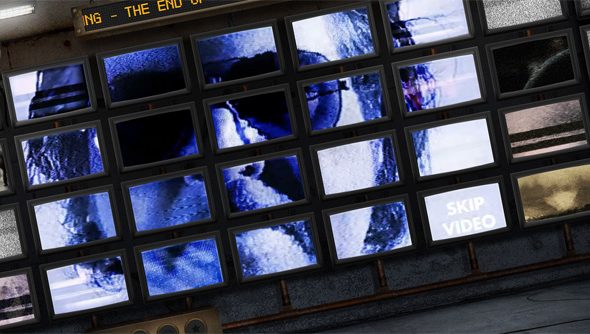 To celebrate the total annihilation of the planet this coming Friday, The Secret World developer Funcom have been running one of them there alternate reality games. It operates independently of the MMO, and tasks you with pretending to hack into private servers and solving real maths problems. For your efforts, you’ll unlock new outfits and items in The Secret World while accruing a survivability rating, which will no doubt help you when Funcom launch their ‘End of Days’ event inside their MMO. Come December 21st, The Secret World will be overrun with undead Mayans wondering what date it is, as per the prophecies.

The Situation Roomhosts the ARG. It’s there you’ll receive missions and keep track of your individual progress. There’s also a chat window if you’re after some help. Presumably some of the later missions are more complicated than the one I’m currently on, which is asking me to solve suchmillenniaold mysteries as “63 / 3”, and so would require a degree of collaboration between ARG players.

It’s interesting stuff, more so if you’re a Secret World player, and if you’d rather sit back and watch it be solved before your eyes, this thread on The Secret World’s forum is tracking the ARG’s unfurling.Funcom have blown a little horn to proudly announce that players have just spent acumulative30,000 hours solving mysteries and earning outfits.

Meanwhile, all of this ARGing hasFuncom’s Joel Bylos convinced that the world is ending. It’s the reason they’ve dropped the subscription feesafter all. As Joel puts it, “it’s the end of the world,it’s not like we’re going to need the money next month, Jesus Christ.” Lovely Funcom.

The ARG ends when the world does, on the morning ofDecember 21st.