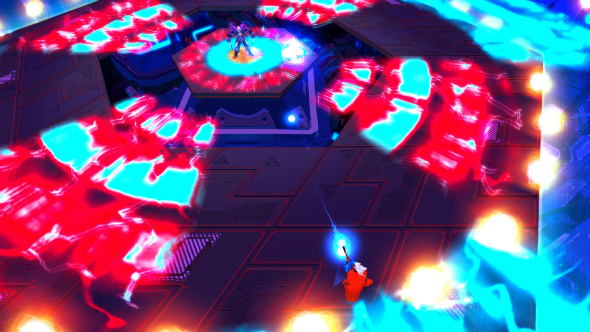 Maybe you missed last year’s all boss battle indie gem Furi. If that’s the case, you owe it to yourself to go and play The Game Baker’s neon-infused slasher as soon as possible. If you have played it, and even made it past that insanely difficult final boss battle then you’ve finally got a new reason to jump back in as its first (and supposedly only) DLC offering is out today. As you might expect, it’s another boss battle, this time against The Flame.

For more classics that managed to avoid the spotlight, check out the best indie games on PC.

You can pick it up for £2.79/$3.99 on Steam now, which could be considered a little pricey for a single boss fight, but there’s a suggestion from the description on the Steam page that there’s more to the One More Fight DLC than that. Here’s the description:

“Stand up for your freedom one more time in this fight against The Flame, a revengeful opponent that will challenge your skills and test your wit to the extremes. Character design by Takashi Okazaki and music by Scattle! This pack features:

The additional content is accessible straight from the menu screen there’s no need to plough back through each of Furi’s gruelling encounters just to get to this new one. There’s a trailer for The Flame at the top of the post, so give it a watch to see what you’ll be going up against – suffice it to say it’ll be more fast and frantic brilliance.