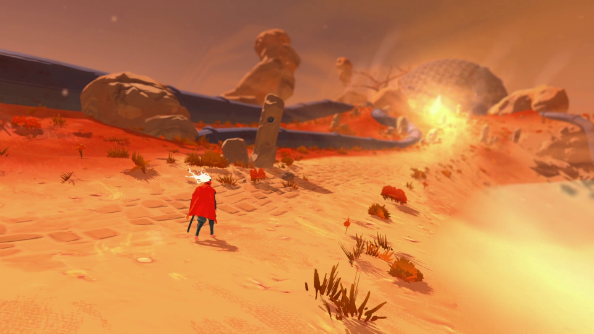 We’ve been pretty excited about Furi – a synth-y, Souls-y mash-up of boss rush arena duels and Minter-esque bullet-hell light shows – since we first saw it earlier in the year.

If this is yourａｅｓｔｈｅｔｉｃ then some of the best indie games on PC may interest you.

After a vague 2016 release window we weren’t holding our breaths, but now a July 5 Steam release date has us sweaty-palmed all over again.

Radical visuals and a soundtrack to match meet traditional Japanese design in what we’ve seen so far, with Afro Samurai creator Takashi Okazaki on boss design.

The music, taking a leaf from Hotline Miami and games with a similar aesthetic riding the synthwave revival, features a potent mix of Carpenter Brut, Toxic Avenger and Scattle.

If you’re into tense, reflex-laden battles with big beasties and cool-looking swordsmen then here’s the store page to smash that wishlist button as hard as your mouse will allow.

For the still unconvinced, footage of the first boss fight has been cajoled free by IGN: