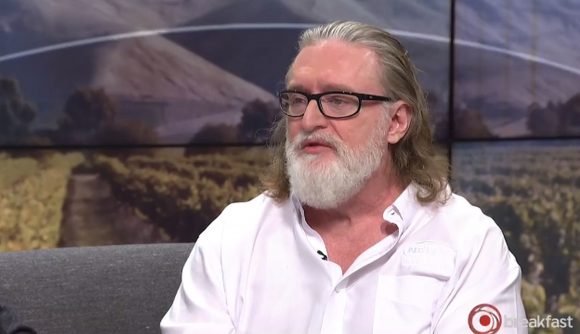 It seems Valve president and co-founder Gabe Newell doesn’t currently have plans to move the studio or developers to New Zealand after all. Recent reports indicated the dev was planning on meeting with the country’s prime minister to potentially discuss this topic – however, while Newell has now confirmed he is applying for New Zealand residency, it appears there aren’t any plans to open a Valve office in the country at this time.

TVNZ’s One News reports that Newell has told the site: “I do not have a meeting lined up with the PM”, and, additionally: “Valve does not currently have plans to open an office in New Zealand, which isn’t to say that it would be a bad idea. It’s just not something we are working on”. However, Newell has confirmed to One News that he is applying for New Zealand residency. So, it seems he’s looking into staying in New Zealand on a long-term basis, though he didn’t specify to the site which visa he’s applying for.

Newell has been based over in New Zealand since way back in March, following the outbreak of the COVID-19 pandemic around the world.

As we previously reported, Newell was originally visiting the country for a short trip following the launch of VR game Half-Life: Alyx, but then ended up remaining there following the outbreak. Back in July, he said he’d been able to continue to work (remotely) more or less as normal during his stay in the country, and could “work [there] pretty much as effectively as I would if I were home”. However, he said at the time that it had been tough “being worried about friends and family who aren’t in New Zealand”.

While based in NZ, Newell has been helping to stage a thank-you concert for the country called We Love Aotearoa, which has had to be rescheduled following news that Auckland would be moving to ‘alert level three’ in August, around the time it was due to take place. He’s also been raising money for a NZ-based children’s charity through car racing, with his team The Heart of Racing.