Galactic Civilizations IV’s most recent 0.65 update brings two new civilisations to the galactic stage, and today we’re going to be looking at the Drath Freehold. Anyone who pre-orders the strategy game will get instant access to the alpha where you can take these ancient, manipulative gossipers for a spin yourself.

You don’t last as long as the Drath have without knowing how to stay ahead of the game. They revel in the wars of others and there are rumours that the Drath are behind every major conflict in the galaxy. It’s entirely possible they started that rumour themselves.

About the only thing the Drath are willing to do openly is press their claim to the Altarian homeworld. This highly specific hatred of the Altarians is the only thing about the Drath that’s more widely known than their penchant for making money from other races’ conflicts, as unlikely as the claim seems to outside observers. In terms of racial traits, there are several that warrant further exploration.

The War Profiteers ability nets the Drath a 200% bonus from trade routes to warring factions, while Ancient means they start with an additional policy slot, and gain additional research from Precursor artifacts and anomalies. 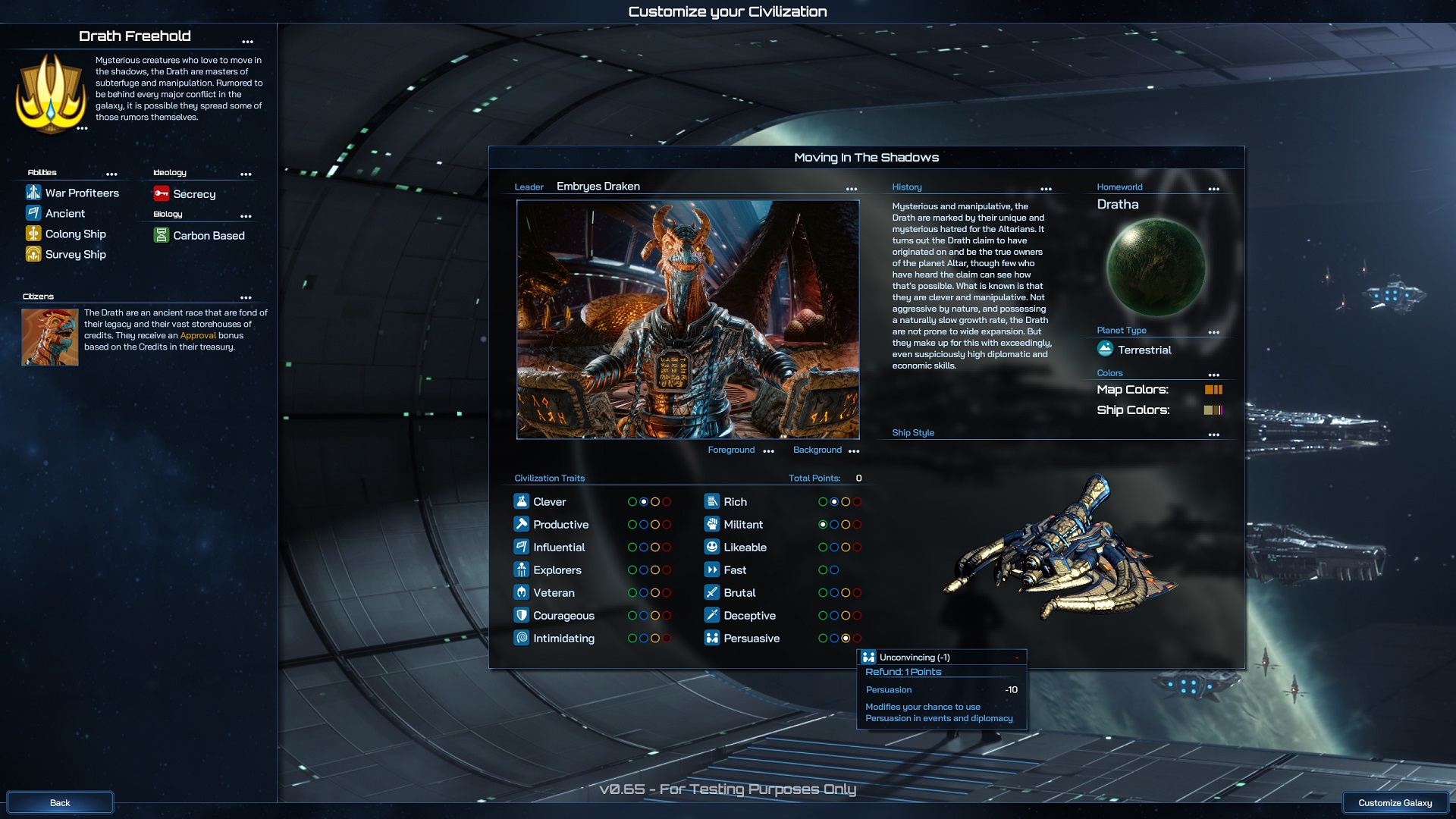 In terms of ideology, the Drath practice Secrecy, keeping things from both external factions as well as their own citizens. It’s all good, though – Drath citizens get an approval bonus based on how many credits are in your treasury. Who cares about the truth when you have money?

To round off the Drath’s profile, their expansion as an empire is limited due to the fact that their citizens have a slow birth rate. You will need to exercise patience, or perhaps try to attract foreign citizens to settle within your borders.

Their starting traits (which can be changed during game setup) give them bonuses to control, credit generation, and research, at the expense of not being as persuasive as other races. I imagine a reputation as god-tier manipulators makes it difficult to take anything you say at face value. 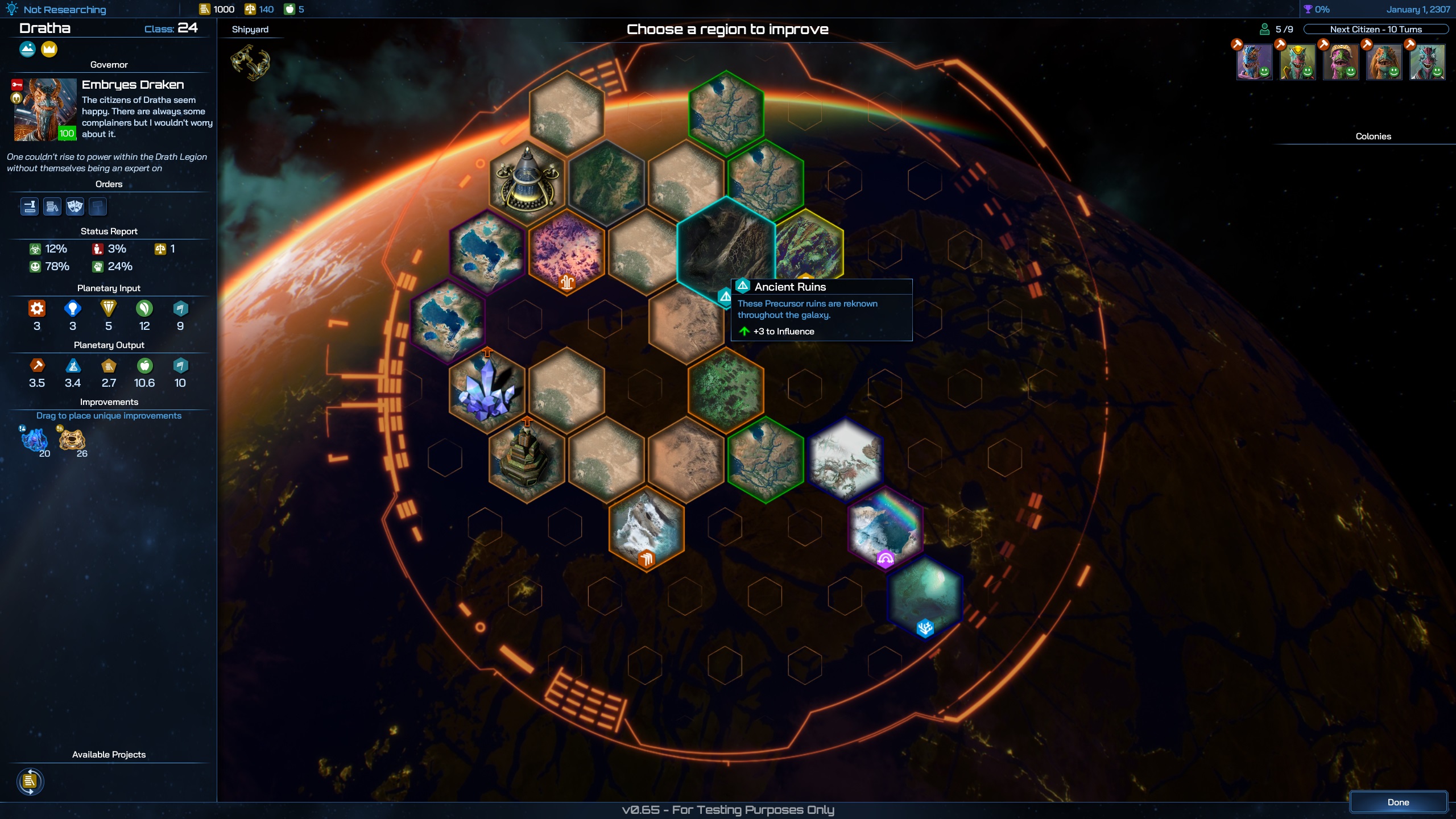 The Drath command ships serve a wide range of functions, but one thing they all have in common is an affinity for missile armaments, allowing them to strike from afar:

The Drath starting situation is fairly typical. They enjoy terrestrial planets, and there’s nothing particularly unique about their own homeworld. It’s got slots that can give boosts to a wide range of outputs, giving you a leg up in pretty most areas, but not enough to let you specialise.

While the Drath aren’t as overtly criminal as the Xeloxi, nor as unique as the Navigators and the Yor, they’re a lot of fun to steer through the murky waters of galactic politics as a people dedicated to profiting from other people’s wars. You’ll need to reckon with the Altarians eventually, but I imagine the Drath have yet to encounter a problem that money and intrigue can’t solve in the long run. 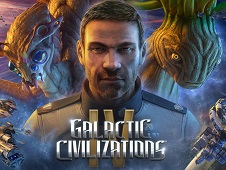