Stardock have released a fresh haul of information about the upcoming mega-expansion for Galactic Civilizations III: Crusade. The expansion opens up the player’s options for after they’ve colonised Earth, handing them new tools for the remainder of their galactic conquests. New tools like colony ships, Galactic Citizens, a Civ and ship builder and economic structure. They’ve also been kind enough to send out some accompanying screenshots to give us an idea of what these new systems will look like.

For more action in the eternal abyss, check out our list of the best space games on PC.

For starters, one of the Crusade expansion’s main new features are Galactic Citizens, which act as a new form of economic system in the game, where you decide what job roles your citizens perform: scientists, engineers, diplomats, spies, commanders, generals, and more. Each Galactic Citizen specialisation has a corresponding set of abilities that will aid you in your quest, and certain specialties will tie into your desired strategy. Want to colonise through bloodshed? You’ll want plenty of generals, and maybe a few scientists to ensure your weapons are up to date. This replaces the main game’s previous economic system of tinkering with sliders, which you can see in the header image. 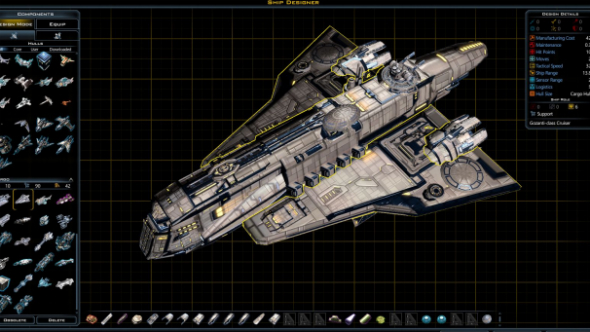 Players will also be able to create their own civilization using the new Civilization Builder, which lets you choose from a number of presets and the massive pool of 10,000 user-created ships to create your own nation. This should work well with another of Crusade’s incoming additions: new ship parts and ways to create ship for your Galactic Civ, both in terms of aesthetics and functionality. You can see the ship builder in the image above. 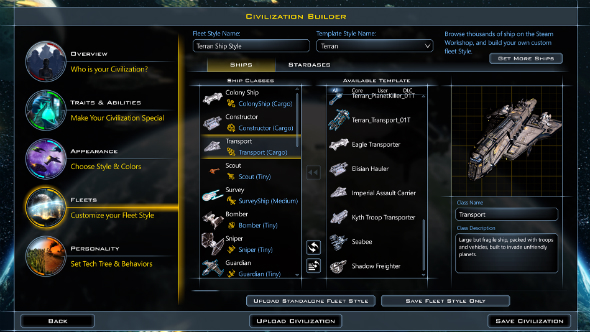 Crusade is due out this Spring, and will be available on Steam and GOG.