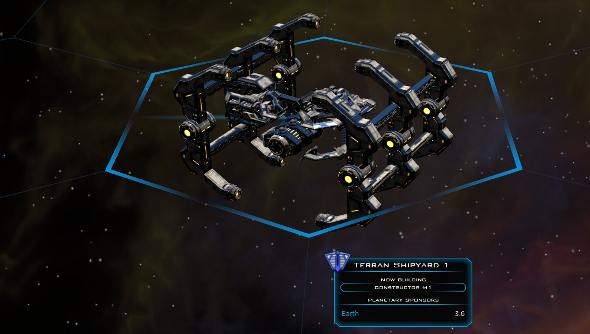 I will never build a structurally sound building or vessel at any point in my life. The skill required to even put up a shelf eludes me. Galactic Civilizations II made a digital shipbuilder, though. A good one. My conquest of galaxies was punctuated by delves into the ship designer, populating my empire with anything from fleets of Star Trek’s Sovereign class ships to strange spinning orbs connected by organic walkways.

Galactic Civilizations III might only be in beta, but the ship designer tool is well on its way to dethroning its predecessor. There’s nowhere near as much variety in terms of modules and stuff you can stick on your ship, but it’s already getting pretty sophisticated. And right now, it’s the only ship designer that you use to win $1,000 in Stardock’s ship designer contest.

Anyone can enter the contest, says Stardock, and it doesn’t matter if you don’t own the game. Use a mate’s copy and you’ll still be able to enter. All you need to do is come up with a design using the tool, and your creation will be pitted against others in three rounds.

Eight finalists will see their designs added to the release version of the game, and then the community will vote for the absolute best design, with the winner getting $1,000.

Submissions are now open, and will be until November 16th. The competition will go on until December 10th, and in the same month the game will hit beta 3, throwing ship-to-ship combat and the evil robotic faction, the Yor, into the mix.

The tool is pretty easy to use – and is how I made such a lovely looking fleet when I previewed the beta a few months back.