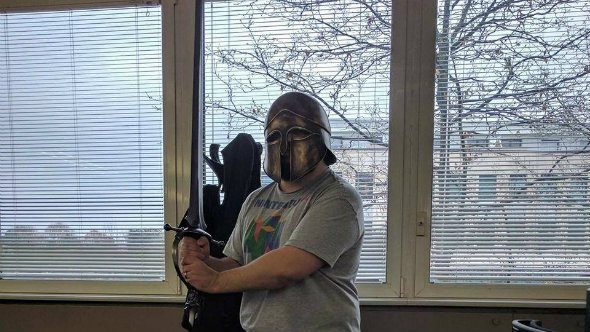 Check our list of free PC games for a look at more games to keep the little ones occupied on a budget.

It all started last December, when Christos was working away from his family and he came up with an idea. “Last year, I was four thousand miles away from my family over Christmas,” Reid tells me. “To keep myself occupied, I decided to start a game donation drive for low-income families. It exploded, and this year I decided to do it again.”

TWITTER. I have a spreadsheet full of CODES FOR FREE PC GAMES. I am looking for LOW-INCOME FAMILIES to give them to. Please help me out.

Basically, Reid has a big sack (spreadsheet) full of presents (PC game codes) and he’s giving them out to anyone who asks. They are specifically for low income families to pass onto their children as a present, making sure kids all over can enjoy the Christmas holidays regardless of their circumstances.

“People in the gaming community have always supported me and my family when we needed it – it’s important to pay that forward,” Reid says, explaining his motivations. “Last year a young girl whose parents chose between food and gifts woke up to around thirty PC games. It makes my Christmas, and theirs.”

Obviously Reid hasn’t spawned all these game codes out of nowhere – he has an army of elves, and you can be one of them. Get in touch with him through his Twitter profile (just click that tweet embedded above) and you can donate to the cause. Reid has already received substantial donations from the Cool Ghosts Discord community, but the more the merrier.

If you genuinely are struggling with your kids this Christmas, give him a poke and just ask – he’ll be happy to oblige. Don’t be the person who literally steals games from disadvantaged children, though, because the universe will get you back. Be like Reid and pay it forward instead.