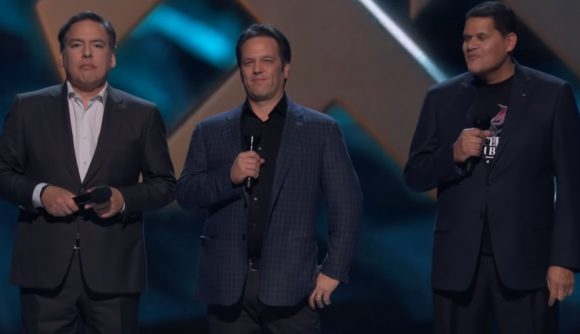 July 5, 2019 A number of major tech players are reportedly looking to get some of their manufacturing out of China.

While at this point it’s unclear whether US President Donald Trump’s proposed tariffs on Chinese goods will actually come to pass, continued uncertainty about the relationship between the countries and rising costs in China have some of tech and gaming’s biggest companies looking to move their manufacturing efforts elsewhere.

HP and Dell are looking to move up to 30% of their laptop production efforts out of China, according to a report from the Nikkei Asian Review. Companies like Lenovo, Acer, and Asus are reportedly making similar evaluations, though there are no specific numbers on how big those shifts might be.

Game consoles might also begin shifting away from Chinese production, and Microsoft, Sony, and Nintendo are specifically cited among the companies looking to move. However much production each company takes out of China, it’s likely that this manufacturing will instead go to other countries in Southeast Asia and India.

Last week, Sony, Microsoft, and Nintendo penned a joint letter (via Daniel Ahmad on Twitter) in opposition to the proposed tariffs from the Trump administration. The three companies say that tariffs on products imported from China would cause “disproportionate harm” to businesses and consumers in the United States.

Price increases potentially resulting from the tariffs “will likely put a new video game console out of reach for many American families who we expect to be in the market for a console this holiday season,” according to the letter.

We’ve already seen the Trump tariffs affect the PC hardware market, and the console manufacturers argue that the effects on the game industry would be even greater here. “Over 96% of video game consoles imported into the United States were made in China,” and “it would cause significant supply chain disruption to shift sourcing entirely to the United States or a third country, and it would increase costs – even beyond the cost of the proposed tariffs – on products that are already manufactured under tight margin conditions.”

Read more: Check out the best PC gaming builds for 2019

If the cost of consoles rises significantly enough to drive down console sales, “the harm to the thousands of US-based game and accessory developers who depend on console sales to generate demand for their products would be equally profound.”