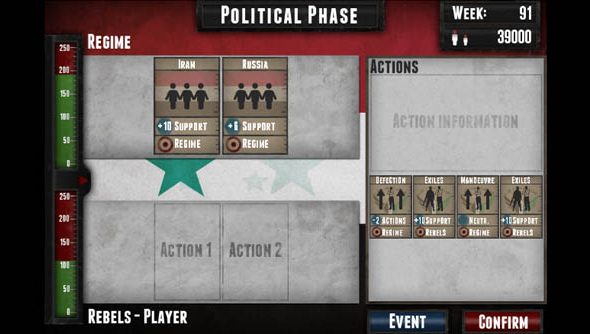 Game the News is a project being undertaken by Auroch Digital in which the small developer creates a new game each day based off current events. So far the studio has released games such as My Cotton Picking Life and Endgame: Syria, the former tackles child labour used on Uzbekistan cotton farms and the latter sees you trying bring the conflict in Syria to an end.

We’re starting to see more developers tackle rapid production of games based on current news. For instance, Michael Cook’s Angelina AI, an AI that scans the daily news and creates games by drawing together threads of information and relevant assets.

Though Angelina appears a little scattershot in comparison to Game the News, which has a team of developers picking a topic and developing a game in a single day that they think addresses the issue.

There’s already a good selection of games on offer and from all sorts of topics, likepolitics, science, and the media.

I played through a couple of the games and they are a little rough. Like, Endgame: Syria had a fairlyconfusingminigame for military conflict involving a lot of numbers and rock, paper, scissors-style attribute trumping that I couldn’t get a grasp on. though it’s still very early days for the project and one which will improve as experience grows.

Definitely something worth keeping an eye on.