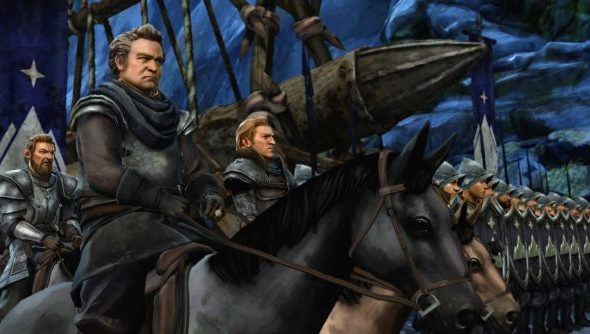 It looks like new episodes of Telltale’s take on HBO’s Game of Thrones universe are as inevitable as the TV series. Just a week after the final part of the six-stage season ended with The Ice Dragon, Telltale have confirmed that a second series is in development, and probably more. It could arrive as early as next year, though no exact date was given.

Telltale pop up in our list of the best games for laptops.

In a spoiler-packed article for anyone that hasn’t finished the series, Telltale spoke to Hollywood Reporter about their future plans. CEOKevin Bruner says that the second season was planned “all along” and decisions made in the first game will have a huge impact on what occurs in the second. Given the massive differences in who can be where (or alive) between save files, it will be interesting to see how Telltale handle it. He goes on to explain that Telltale’s games spend a long time in pre-production, likening it to the way a TV studio works.

There’s a lot of spoilers in there, but it’s a good read for fans of Telltale’s games. There’s also some interesting details on what they learned through the season about killing off characters and choices. While they didn’t regret the unavoidable deaths they coded in, they understood complaints that it was out of sorts with the choice-based gameplay Telltale focuses on and took that under advisement for later choices.

Game of Thrones as a whole has taken a backseat to Tales from the Borderlands by my perception – a good game, but less interesting, ambitious, funny and different than its vault-diving counterpart this year. Which have you preferred?