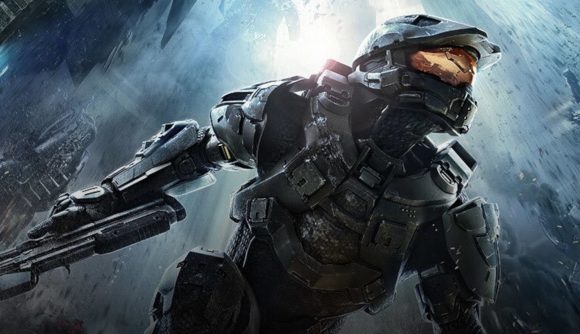 There might be a new Xbox console out this week, but Microsoft’s big next-gen innovation has been here for a long time, and it’s available on PC in addition to your living room box. Yet more Game Pass games are coming to PC in November, including one of the biggest classics in the world of RPG games, an improved version of GOTY 2018, Halo, and plenty more.

On November 10, Game Pass PC will get Tetris Effect: Connected, an upgraded version of the best game of 2018. (Look, just because this is news doesn’t mean I can’t tell you how good Tetris Effect is.) The new version of this gorgeous reinvention of Tetris adds new cooperative and competitive online multiplayer modes.

On November 12, we’re getting Final Fantasy VIII Remastered. Don’t get confused – FF8 has not yet gotten the full remake treatment. Instead, this is a lightly-updated version of the PlayStation original, built to run at higher resolutions. It also includes a load of quality-of-life improvements, including game speed boosts, random encounter toggles, and battle assists.

On November 17, we’ll get Halo 4 as part of the Master Chief Collection. The Halo 4 PC release date will finish off the PC version of the MCC, and brings us input-based matchmaking to help liven up the game’s multiplayer offerings.

Also on November 17, the Game Pass version of Ark: Survival Evolved is getting upgraded to the Explorer’s Edition – which means a whole lot more DLC to play. You’ll now have the base game alongside Scorched Earth, Aberration, and Extinction as part of your subscription.

Finally, River City Girls will land on November 19. This is a modernised take on the NES classic River City Ransom, where the OG heroes have been kidnapped and it’s up to their girlfriends to mount a rescue. It’s cute, charming, and by all accounts a solid old-school brawler to boot.

A handful of games are rotating out of the library on November 16: Darksiders III, Munchkin, The Talos Principle, and Tracks: The Train Set Game – so if you’ve been holding off on those, you’ll need to hop to it.

Microsoft has also used today’s announcement to confirm that EA Play will hit the PC version of Game Pass on December 15. Remember, this is the basic version of EA Play, which includes a selection of the publisher’s older titles – so don’t expect Star Wars Squadrons, Madden 21, or FIFA 21 in there. But hey, it’s a cheap way to play Star Wars: Jedi – Fallen Order.