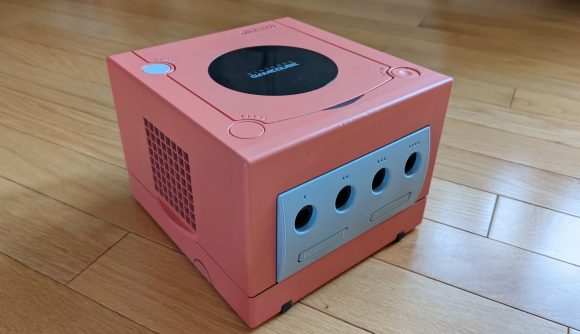 While the PC stuffed into an Xbox One S was pretty impressive, we think we’ve found another custom console-based PC build that tops it. Redditor Cityle shared pics of his new rig, an old Gamecube repurposed to pack an entire PC capable of running the best PC games.

It’d be impossible to fit the best gaming motherboard inside a case this small, so Cityle went for a mainboard out of an Asus PN50 mini PC with a Ryzen 5 4500U, along with an ultra-short Nvidia GeForce GTX 1650 to push the pixels, 16GB of HyperX DDR4 RAM, as well as a 2TB Samsung 860 QVO SSD. Due to size constraints, an external Dell power brick was used to power the whole rig. Oh, and the original power button, LED indicator, and controller ports are still fully functioning.

This is the best mini gaming PC build we’ve seen in a while. If you want to make something similar however, make sure you’ve got the patience and expertise. A glance at Cityle’s build log shows that attempting to stuff an entire PC into a 19-year-old console is no easy task.

It wasn’t a straight swap into the Gamecube’s shell. He produced custom mounts for the mini motherboard, while sandwiching the GPU above. The now inoperative disc drive opens to give the graphics card’s cooling solution fresh air. 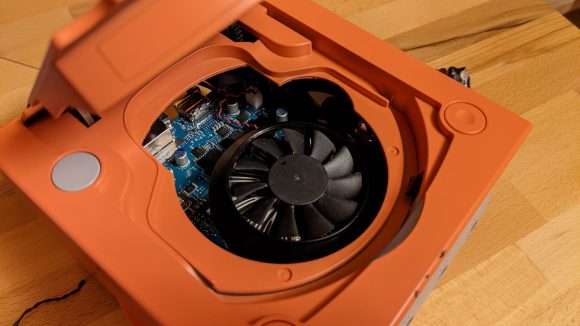 Despite its cramped interior, Cityle says temperatures aren’t a problem. The rig stays around 30°C at idle, while under full load the GPU and CPU hit temps of around 80°C and 60°C respectively. 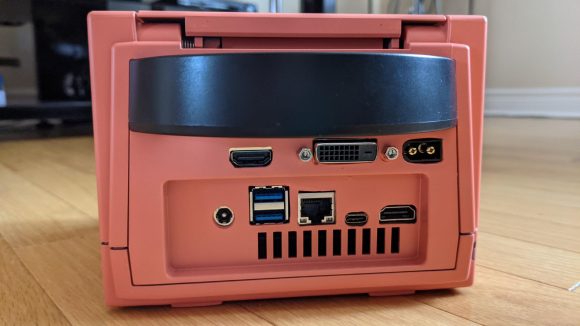 Just look how clean those rear IO ports are, too. At first glance, you’d be hard pressed to tell this apart from any other Gamecube.