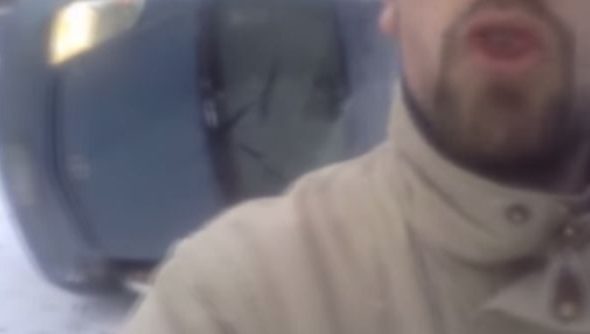 A YouTuber became a focal point for the GamerGate movement last month after posting a video in which he claimed to have crashed his car on the way to the house of Brianna Wu. Wu is the outspoken anti-GG developer who has received dozens of death threats over the last five months.

The video caused real upset to Wu, who called its content “extremely disturbing”. But it now appears that ‘Jace Connors’ is a character, and the post a misconceived joke designed to lampoon GamerGaters.

While the car crash was real, everything else was an attempt to satirise the “over-the-top, super-hyper-macho armed GamerGater”.

Over the last few days, however, GamerGate supporters have begun to get wise to the joke – tracking Rankowski’s character back to other videos by Million Dollar Extreme.

“They realized I was making fun of them with those videos,” Rankowski told Buzzfeed. “It’s become far too real and I wish I could take it all back.”

This is serious stuff. This man has other videos where he is brandishing firearms, and one with a knife threatening to kill me.

Rankowski is now experiencing a taste of the abuse figures like Wu and Anita Sarkeesian have suffered from internet misogynists. Strangers have called his former high school and knocked on his flat door. Rankowski’s workplace have asked him to sign a contract agreeing that he won’t be making any more provocative videos.

“Part of the humor of MDE is pushing the boundaries, but we’ve never encountered actually being afraid for our own safety,” he said. “This has ruined my life.

“I didn’t take this situation seriously, but I see what it means now to be in the other person’s shoes. What her life must feel like. I have this newfound respect for the people who are having to deal with GamerGate, Brianna Wu and Anita.”

Wu deals with law enforcement once a week, and most recently pulled a planned PAX East appearance from her studio, Giant Spacekat, citing more threats.

{"schema":{"page":{"content":{"headline":"GamerGate figurehead turns out to be satirist, becomes harassment target","type":"news"},"user":{"loginstatus":false}}}}