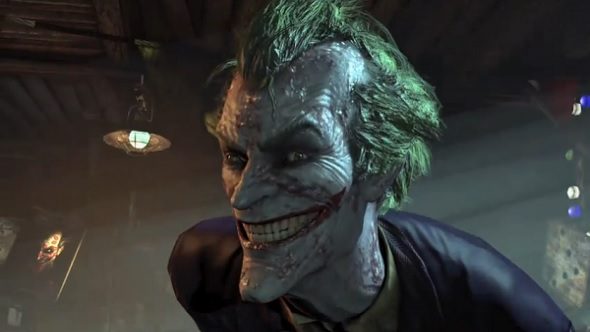 Oh boy, it’s a news writer’s favourite day of the year, it’s April 1st. A day full of goofs, japes, pranks and tomfoolery which will either make you laugh or annoyed that said joke game isn’t actually real. To stop cluttering up the front page with a cascade of actual fake news, we’ll be posting any April Fools’ stories -the good, the bad and the hilarious- in this story, rather peppering them in with actual announcements. Pull out the jester’s hat and the Groucho glasses, as here are some of the top headlines from this day of fools.

Check out these great gaming April Fools from Earth-2. 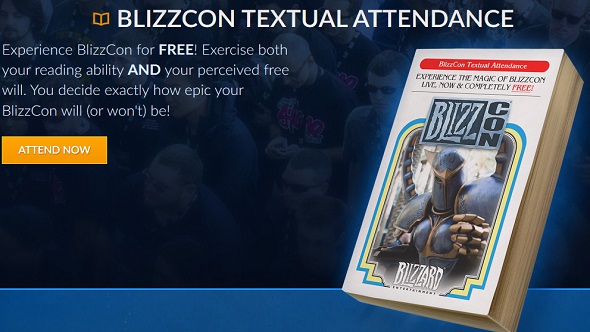 Choose your own BlizzCon adventure

For those unable to make it to BlizzCon 2017, Blizzard have released a special ‘Choose Your Own Adventure’ e-book so people can experience the show for free. With the right choices, you can decide just how exciting or disappointing your con going experience is.

Acting as a gaming coach and friendly AI, Razer’s new S.A.i.S.O robot will guide you to becoming a better player. Telling you who to pick at character select, trashtalking players who instalock Hanzo and keeping you informed on the spiciest memes, S.A.i.S.O is the key to becoming the next esports star.

Teased by IO Interactive, Helmut Kruger’s Fashion Show Funtime will allow Agent 47 to fulfill his wildest dreams of strutting his stuff on the Paris catwalk. You may have to wait a while for this stylish add-on, with it scheduled for release on April 1, 2047. 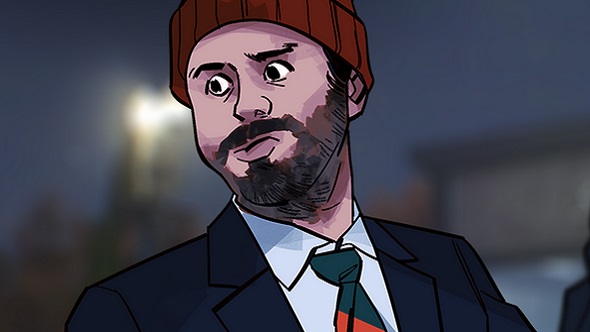 In a new character pack for Payday 2, Overkill are planning to add chief goofster and YouTuber Ethan Klein of h3h3 Productions as a playable character. Wielding a toxic vape pen and wearing his trademark orange beanie as a mask, this DLC looks to be ‘totally dank’ as the kids say, retailing for $4.20 on Steam. 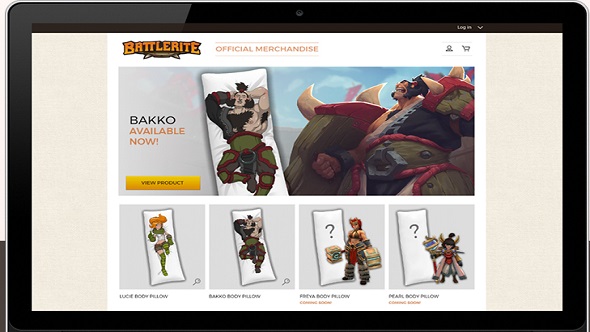 Once you’ve finished bathing with your Geralt figurine, why not cuddle up with your favourite Battlerite character? Acting as the first piece of totally genuine Battlerite merchandise, Stunlock Studios are planning to offer specialised body pillows for each character in Battlerite. Whatever lights your candle I guess. 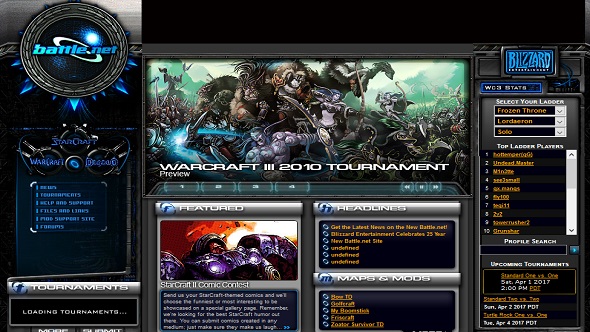 The Blizzard app gets its own classic Battle.net skin

For those resistant to the new Blizzard app, the company has cooked up a special retro skin for nostalgic fans. Bringing back features like the Battle.net MP3 player and the Diablo II chat gem for Diablo III, this skin make Battle.net compatible with VR, alongside bringing back the old authenicator for phones and pagers. Pretend it’s 2010 all over again. 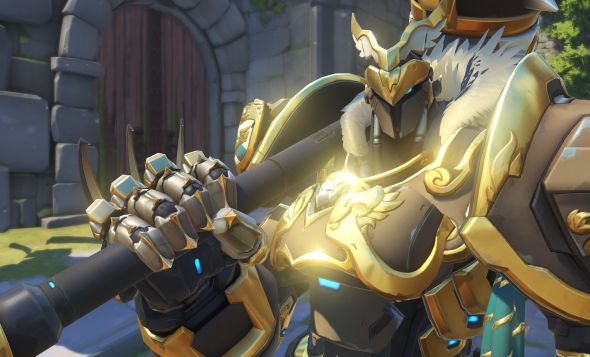 Speaking of Blizzard, Reinhardt players may have noticed a lot more shouting when typing in general chat today. If you type in a message while playing Reinhardt, it will be converted into all caps and include phrases like “GERMAN ENGINEERING!!!” or “FOR HONOR!!!” on the end of them. He must really love Ubisoft’s multiplayer brawler. 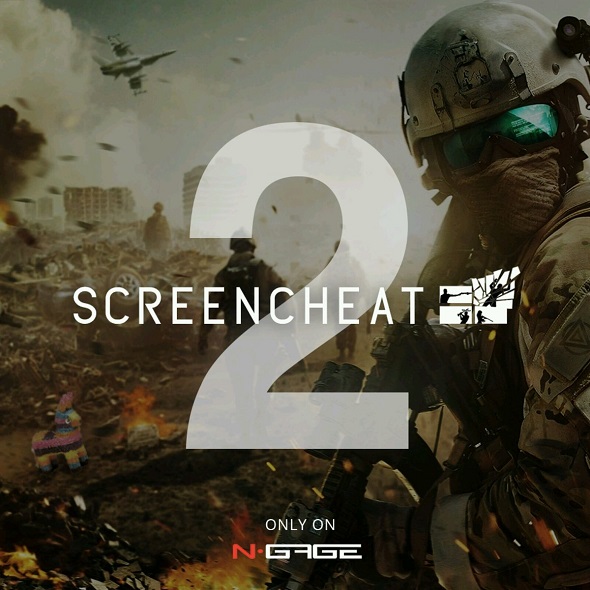 Screencheat 2 has been announced – for the NGage

Jumping on the bandwagon of sticking a whacking great number two on their reveal poster, SamuraiPunk has announced that there will be a sequel to their successful split screen shooter, Screencheat. The only problem is that it’s apparently coming out for the N-Gage, the ill-fated Nokia gaming phone. Well, it’s probably a better pick than the Ouya. 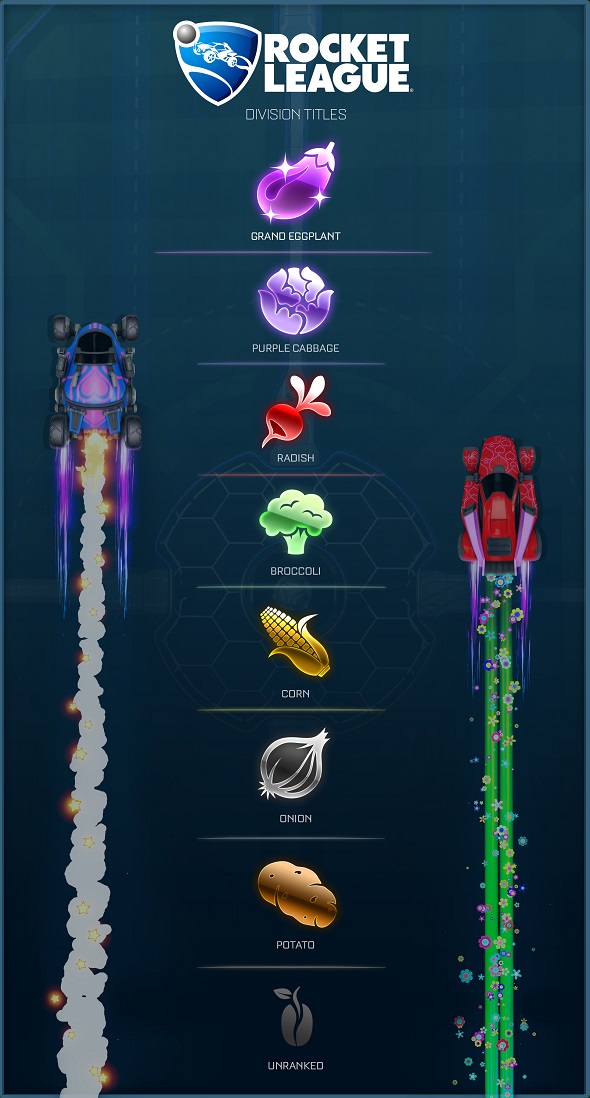 To celebrate season 4 of Competitive, Psyonix gone au naturale for this season’s ranking. Gone are bronze, silver, gold and platinum, this new system has players starting off at Potato and working all the way up to Grand Eggplant. Work with a friend in 2v2 to become the world’s best salad. 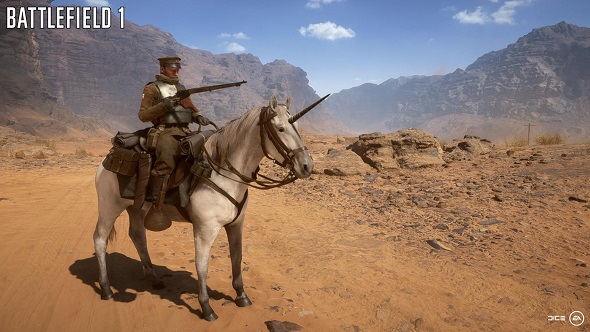 Going fairly tame with this year’s April Fools joke, DICE and EA have turned all horses in Battlefield 1 into talking unicorns for the day. These horned steeds are very chatty, talking about how they’ve just had their manes done. Their horns also give off rainbow trails, which really adds to the gravity of World War I. I suppose there isn’t much comedy gold in the Great War, what with the horrors of gas and trenchfoot. A Christmas armistice mode where you play football with the other team may have been a more pleasant and historically accurate joke. 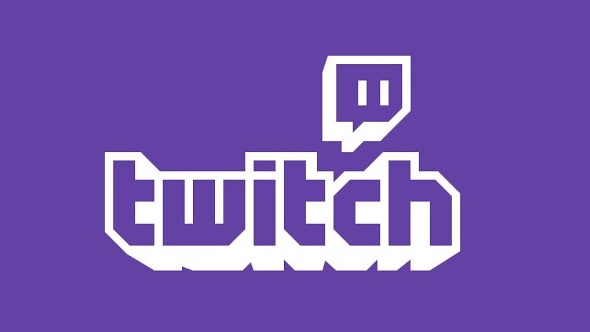 If you want to add an accent to a Twitch clip you find today, just add a hashtag and the name of a global emote to the end of it. Each emote has a different effect, with PJSalt have salt shakers rain from the sky while WutFace has a giant face cover the whole screen. There are over 100+ Emote Effects so try them all out. 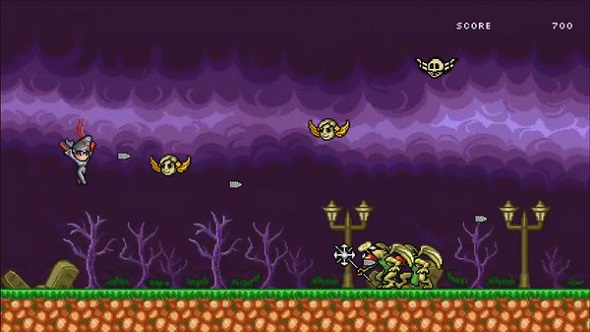 Seemingly like a joke at first, Sega have released a special 8-bit version of Bayonetta for spectacle fighter fans to play this April Fools. However, upon doing some extra digging, it seems that the original Bayonetta may actually be coming to Steam on April 11. Well played Sega. 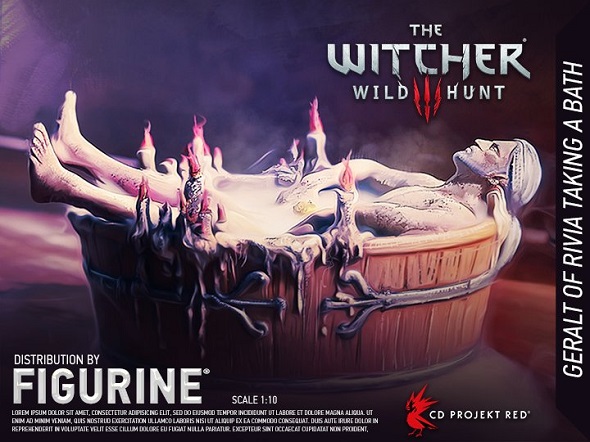 Cashing in on merchanise for The Witcher 3, CD Projekt RED have announced a new statue for collectors, immortalising Geralt’s infamous soak in the bath. You can blame PC Gamer for this one. Roach certainly seems delighted at the news.

After a single day of intense work, Firefly Studios have jumped on the CCG bandwagon with Stronghold: Drawbridge. According to Firefly, this graphical masterpiece came from one day of “intense prototyping, high power design meetings and coffee breaks”. Hearthstone better watch out.

Get some help gaming with the GTX G-Assist

Let’s start off with some fake hardware. The GTX G-Assist is a USB stick shaped like a GTX graphics card that augments your gaming with a helpful AI. This includes GhostPlay, where the G-Assist will take over and play your game while you grab your pizza delivery, Boss Boost which will beat a tricky boss for you or NV Nurture which reminds you when to pound that next can of Red Bull. Shame GhostPlay isn’t real, that’d be super helpful sometimes. 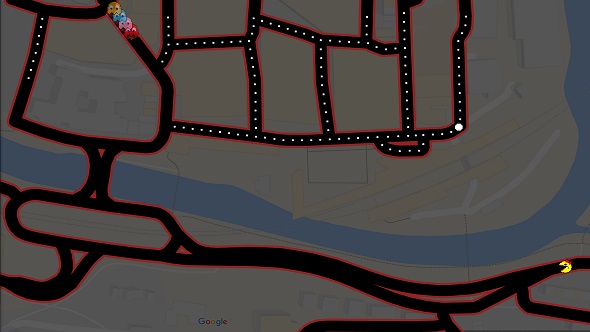 Continuing their usual April Fools tradition, Google have made it that you can play Ms-Pac Man on any set of roads in Google Street View. As long as there are enough roads to generate a play area, you can chase ghosts up and down the local high street. While it doesn’t work so well on roads that go on a diagonal, it’s a great little diversion for this April Fools. You can even play it via the mobile Google Maps app as well.

FFXIV gets tactical with Tactics Alexander

Having previously announced their ‘Daddy of Light’ Netflix special, Square Enix have unveiled a trailer for a fake tactics game, based off Final Fantasy XIV. Named Tactics Alexander, this mock up trailer has players fighting through a FFXIV raid, as if it were a mission in a game like Final Fantasy Tactics.

For tactics fans like myself, this is just cruel.

In line with last year’s playable pirate themed game mode, Gaijin have added modern battle tanks and even attack helicopters as part of their April Fools update. These vehicles will make up Tier IX of the vehicle unlock tree and will be supported after this test, similar to the pirate update. Don’t expect them to be going up against WWII planes and tanks though, this mode is just for modern vehicles.

Mars attacks in World of Tanks

Similar to the Space Battleship Yamato April Fools from a few years ago, Wargaming’s latest prank has World of Tanks players blasting off to Mars to blow up giant UFOs. With Mars’ lower gravity, you can perform some sick jumps in your tank while blasting lasers at flying saucers. You’ve got until April 3 to enjoy this Martian adventure so get that tank fuelled up.