Epic has released the latest version of the Unreal Engine, version 4.23, which brings with it a brand new physics engine that should completely replace Nvidia’s PhysX in UE-based games. The new Chaos high-performance physics and destruction system is available as a beta preview in the new release, and it looks stunning. And will achieve physics results that run independent of which manufacturer’s graphics card you have whirring away inside your gaming rig.

The new Chaos engine is even more destructive than the Bitmap Brothers’ classic of the same name, and offers game devs a huge amount of control over the way their gameworlds will come tumbling down around a player’s ears. Combined with the Niagara particle system the destruction can mix large-scale geometric collapse with simulated particles, such as dust and smoke, that interact with each other and the player.

The demo looks fantastic, and I hope this level of destruction actually starts to be implemented into games again. It feels like a long time since serious destructible environments were actually used in games, and it only seems to be the Battlefield franchise that uses them anymore.

But with the new Chaos system hopefully it will be easier for developers to create dynamic, destructible environments that can impact gameplay and look great while doing it too. Certainly the geometry collections and fracturing system introduced with Chaos seem like they will allow environments to be tightly controlled, especially with the simple connection graphs where devs and artists can layout exactly how the world will fall apart.

This should mean that the game creators can both control environmental destruction to make things look good, but also ensure that the number of rigid bodies flying around the screen don’t end up bringing your PC to a grinding halt with all the necessary calculations required. 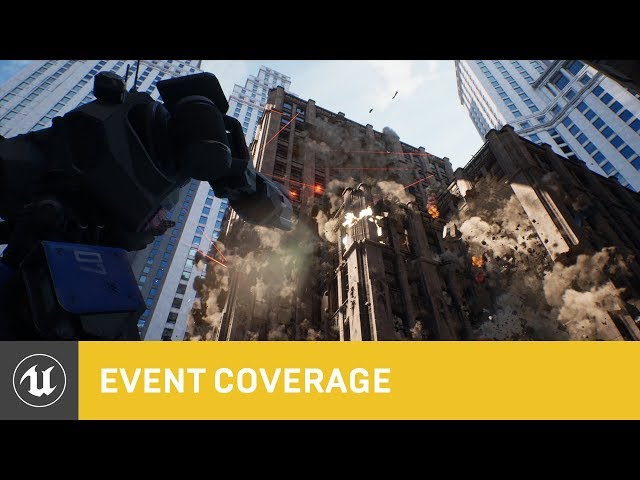 “We have optimized systems, provided new tools, and added features to help you do more for less.”

That’s Epic’s emphasis, not mine, but I thought it was worth keeping ‘cos it’s just so damned epic.

The UE release is out now, and if you want to start messing around with some horrifically destructible environments you can get seriously chaotic about it.