Finding the perfect gaming monitor is tough. There are some great options out there, but do they actually match exactly what you want out of a new screen? Well, now’s the chance to have your say on how the best gaming monitor ought to look and what it should come packing in its panel and chassis. This is the Eve Spectrum and it’s a crowd-developed gaming monitor.

Now, if the thought of some crowd-sourced screen fills you with terror, reminds you of all those promising products you funded on Indiegogo and Kickstarter which never saw the light of day, Eve actually has a pretty solid background in this. The Eve V is a 2-in-1 device aimed squarely at the Microsoft Surface Pro and comfortably undercutting it in price.

It too was crowd-designed and crowd-funded, with the Eve team working with manufacturers in China to finalise production, and it’s actually been made and you can Core i7 and Core i5 versions right now. And now the Eve Technology team has turned its gaze on gaming monitors with Project Spectrum, and also gaming headsets with Project Muse.

With the Project Spectrum gaming monitor Eve is at the design concept stage, having kicked off the entire process in February this year. You can check out the five designs that have been filtered through previous crowd-sourced design directions, and register to have your say too. They range from curvy, Apple-esque, to Dell utilitarian, and some weird places in between.

My personal favourite is the Stationary design. My desk is a messy place and having those ridges to prop up a phone and leave a pen where I can find it would be handy. 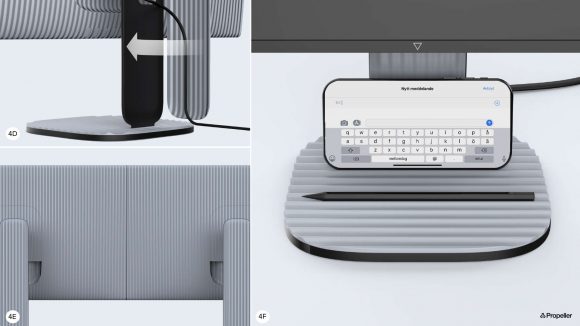 From the results of this stage of the process Eve will move on to finalise the design, taking the best things from each of the concepts based on the community response. Once the ‘ultimate design’ has been achieved, Eve will then review it with the community again and move onto mechanical design, engineering, and tooling.

But before all this Eve went to its members and crowd-sourced the key specs that would be must-have items. We’re looking at a 27-inch 1440p display with a 1ms response time and native 144Hz refresh and it’s locked in FreeSync 2 and G-Sync Compatible certification as must-have items. Project Spectrum is also set to have open source firmware too, which could be very interesting in terms of total customisation of things like backlight frequency control for strobing, and colour calibration. 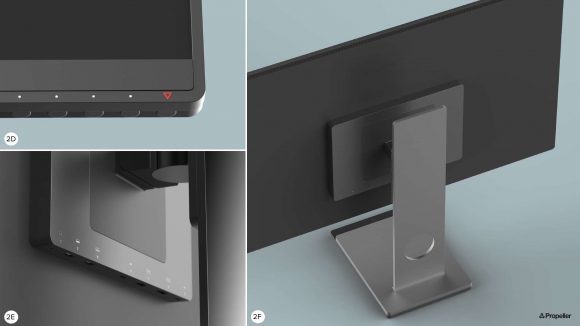 Because of the nature of such a back-and-forth design process it can take a while for something like the Project Spectrum screen to actually get out into the wild, and one of the issues reported with the Eve V 2-in-1 was the fact that by the time the device was finished its specs were slightly behind the curve.

But as Eve is targeting a Q1 2020 release for its screen that shouldn’t be an issue. And with the pace of monitor innovation having slowed again, however, it’s unlikely that a 144Hz 1440p panel will be outdated that quickly. And we can’t wait to see how it turns out.