A paper by Google published on the NASA website (since removed) claims that the company’s quantum efforts have resulted in a superconducting processor capable of the highly sought-after quantum supremacy – the tipping point when a quantum computer can outperform a classical one.

The paper scraped by the Financial Times (via The Verge) moments before its was pulled from the web claims that Google managed to build a quantum machine that was able to solve a calculation proving the randomness of randomly generated numbers in three minutes and 20 seconds – a feat the world’s fastest supercomputer (Summit) would take 10,000 years to compute.

The claim, if substantiated, would mean that Google would be the first to reach quantum supremacy… or would it? IBM’s head of research, speaking with the Financial Times, says that Google’s claims are “just plain wrong.” This is in part due to Google building a machine capable of solving one equation, and not capable of outperforming classical binary computers in general purpose and varied workloads.

So like all things quantum, Google’s claimed supremacy is immeasurable and dubious. Quantum computers differ from classical in that they can manipulate data beyond the two binary states: on and off, 1 and 0. Qubits exist in multiple states – 1, 0, both 1 and 0, and a juxtaposition of the two – thanks to entanglement. This unique property allow quantum computers to operate at a number-crunching speed unlike any computer in the world.

But quantum power is about as easy to harness and use for your own bidding as guessing when crumpets are perfectly cooked through the slot on the toaster – it’s very difficult. While the companies attempting to harness quantum – Google, IBM, Microsoft, Intel – occasionally disagree about the best way to go about doing so, all agree that it’s costly, time-consuming, and incredibly difficult. Error-correcting quantum computers is a mammoth task unto itself due to quantum noise interfering with the results.

The most popular approach right now are superconducting, supercooled quantum PCs. If you thought programming a computer with quantum entanglement sounds hard, before you even get there you need to source ex-nuclear warhead byproduct Helium 3 to keep it running and spitting out semi-accurate answers.

You can read more about quantum computing in our guide to the key players leading us into the quantum age. 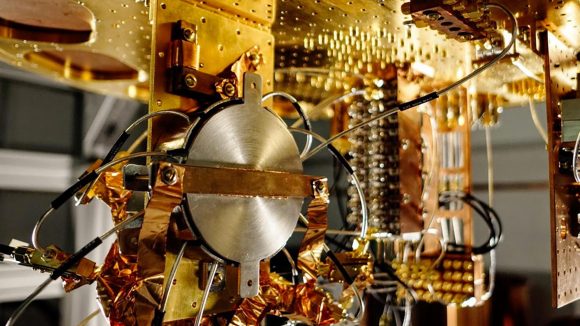 So Google’s claim comes as a surprise to many, and rightfully so. True quantum supremacy isn’t expected to become a reality for many decades, and research with nascent quantum computing still remains murky and unsure. Google itself had set its sights on short-term commercial benefits with quantum by 2022.

And beating Summit is no easy feat. The Summit supercomputer was developed by IBM, with a helping hand from Nvidia, for use at the Oak Ridge National Laboratory. It’s the world’s fastest, with 200 petaflops of computational performance driven by 9,216 IBM POWER9 CPUs and 27,648 Nvidia Tesla GPUs.

But even if Google has managed to build a superior quantum machine capable of one very specific computation alone, that’s still a victory and worthy proof of concept for quantum researchers across the globe.