Chinese GPU manufacturer, Changsha Jingjia Microelectronics, is reportedly at the pre-research stage of creating an Nvidia GTX 1080-level graphics card. Admittedly that means it’s probably a fair way off from delivering domestic GPUs for China’s gaming cafe culture, but considering the pace of progress Jingjia Micro has been demonstrating it might not be that far off.

At the moment Jingjia Micro is taking orders for its 28nm Jingmei JM7200 series GPUs, with the 2014 65nm Jingmei JM5400 GPUs already being considered robust and reliable enough to be used in the displays of military aircraft. Right now the JM7200 is reportedly delivering GPU performance on par with an Nvidia GT 640, but with a much lower level of power consumption. The GeForce GPU is down as a 50W TDP, while the JM7200 is meant to have an overall power consumption level of just 10W.

That’s already a pretty impressive level of performance compared with the big guys, and shows that if the momentum keeps on going with China’s domestic GPU design then there is a chance, however small, that a large market for AMD and Nvidia could start to dry up in the next few years.

That would, of course, take a lot of momentum on behalf of Jingjia Micro to be able to bring its OpenGL-compatible GPUs in line with what the best of what the competition is able to deliver, but with China’s focus on increasing domestic production that doesn’t seem impossible. Already it is suggesting that the next-gen Jingmei JM9 series chips could reach the level of a high-end GPU from just two years ago.

A report via cnBeta points to the company’s recent H1 2019 financials, where it is posting a year-on-year revenue increase of some 34.54%, and to its statements about these next-gen GPUs.

“The company’s next-generation chip research and development has entered the engineering development stage,” says the report, “and the feasibility demonstration and program demonstrations have been completed, and the front-end design and software design are underway.” 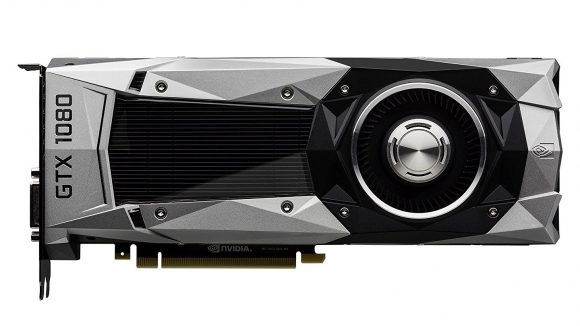 It looks as though the JM9 series is a very different beast compared with the JM7 series, using advanced tech such as HBM and the PCIe 4.0 interface as well as moving towards a unified shader architecture with ‘programmable computing modules’ following the current trend of modern GPU designs from elsewhere.

Jingjia Micro’s big, GTX 1080-level GPU isn’t going to have the same level of energy efficiency as its forebear, however, as the company documents display a 200W TDP for the JM9271 as opposed to the 180W TDP of the GTX 1080. Though it ought to be pointed out that the Chinese chip is being manufactured on the 28nm node as opposed to the 16nm design Nvidia used for its Pascal chips.

With 2020 looming just around the corner and the prospect of a three-horse GPU race as Intel joins the field, it looks like we might just have another player in the game a few years down the line. Even if it’s just from a domestic China viewpoint, that could still have a massive bearing on the fortunes of the other graphics card manufacturers. China’s a big market after all.

Join the conversation and let us know what you think via this article’s Facebook and Twitter threads.