Helsinki is gearing up for the Quantum Game Jam, a three day gaming event with a view to utilise quantum computing to create videogames. Developers will be handed the keys to IBM’s Quantum Experience, a 20-qubit quantum computer that resides up in the cloud, hoping to utilise its unique entangled properties to build quantum gaming experiences.

From February 15 – 17, 2019, Helsinki will be flooded with game developers and quantum physicists, all vying for a spot on the Helsinki SkyWheel. And while the Quantum Game Jam event has been held annually since 2014, this is the first time devs will get to jam out a videogame on a real quantum rig.

The platform is provided by IBM, pioneers in quantum computing. The company recently unveiled the Q System One, an incredibly beautiful quantum rig taken straight from a steampunk fantasy and encased in Mona Lisa-grade security glass. Devs will be utilising QISKit, an open-source quantum computing framework, to translate their work into the quantum space. Surprisingly, in-depth knowledge of quantum PCs is not a requirement.

While traditional computers utilise bits, either 1 or 0, to run functions, Quantum bits – or qubits – can exist in either 1, 0, or both states at once. This is called superposition, a quantum characteristic that, along with quantum entanglement, can be harnessed for incredible computational power. Potential applications include: cryptography, financial analysis, and, it would seem, rudimentary gaming.

Traditional horsepower: These are the best CPUs for gaming

But quantum machines are highly sensitive to noise. These fluctuations in the environment are imperceptible to human senses, but cause entirely unexpected results in a quantum environment. Quantum computers rely on error-correcting to try and negate these issues – but quantum supremacy is still a ways off.

Yet for game developers this noise isn’t always such a bad thing. Speaking with Wired about the event and quantum gaming, IBM quantum computing physicist, James Wootton, says the qubits unexpected behaviour can act similarly to a random chance game mechanic. Within the given example of a quantum game of Battleships, noise can be interpreted as ‘acts of God’, a tsunami, or a lightning strike. 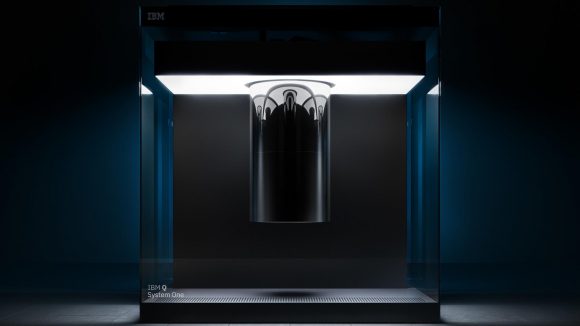 “…when you read out a qubit,” Wootton tells Wired, “even if it’s solidly zero, sometimes it says it’s a one.

“Even if the opposing player hasn’t attacked you enough, noise might push you over the edge,” Wootton continues. “Say you’ve had a few torpedoes, and it’s not enough to sink you, but the noise has struck you with a lightning bolt, so you’re going to sink anyway.”

Noise is an issue that’s still plaguing the quantum computing world. Even a single error could tumble exponentially out of hand, rendering scientific results incorrect. However, without a need for precision, gamifying the limitations of quantum PCs is one way to trivialise the latent errors in the experimental qubit-based systems of today.