The gaming monitor market is heating up due to increasing pressure from Chinese manufacturers. Much like the DRAM market, high-refresh rate panel production has been dominated by just a few key players after years of consolidation: Samsung, LG, and AU Optronics. But their dominance at the top might be under threat as Chinese suppliers make a move into the profitable market.

Challenging the hegemony of the times, BOE Technology, CPC-Panda LCD Technology, and China Star Optoelectronics Technology have all now moved into the gaming sector, industry sources report. Their interest spurred on by China’s domestic production goals and high profitability.

But whereas the CPU and memory markets are a tough nut to crack for Chinese fabs, kept safe by cutthroat process node development and licenses galore, the PC gaming monitor market has remained relatively still by comparison. Adoption of 4K, high-refresh rate panels is tied intrinsically to graphics card technology capable of driving them, and it’s going to be a long while before gamers move beyond 4K, let alone with hardware anywhere near affordable.

That has seemingly left the door open for competition to enter the market and compete with the biggest panel manufacturers around.

Blisteringly fast: These are the best gaming monitors

The intrepid venture, and resulting tussle for market share, has led 144Hz panels to drop in price, claims a report on DigiTimes. Gaming panel prices dropped 10% on average in 2018, with a further 5% drop in just the first few months of 2019. 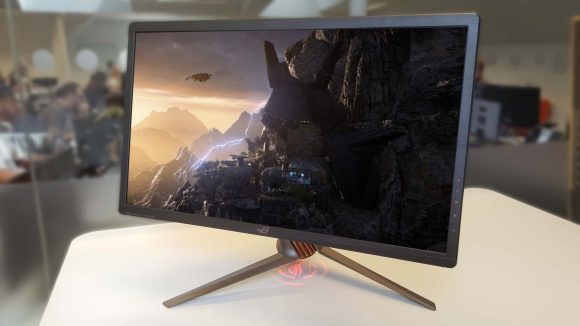 BOE has been in the panel market for decades, and operates 11 production lines, including one of the most advanced in the world: a Gen 10.5 TFT LCD line at Hefei.

For gamers this could mean more affordable gaming monitors – or at least more bang for your buck. And it seems likely Samsung and AUO will push higher-end panels, with the very latest proprietary tech and extreme refresh rates, to offer a unique selling point in the market which their competitors currently cannot.