PC gaming ain’t dead. And we have tangible, actual proof. It’s not even dying in that sort of metaphysical way that we all really are, if you think about the continual decay of your own cellular structure. Frustratingly it’s something I have to keep saying to people – the PC gaming thing, not cell decay – because there’s been some kind of global narrative over the past decade or more that PC gaming is soon to be over as a pastime.

But the latest IDC report has shown that sales of gaming PCs, and gaming monitors with refresh rates over 100Hz, has actually grown by double digits in percentage terms over the second quarter of this year. We’re talking actual desktop gaming rigs here too. Their growth has been a little less compared with the rise in gaming notebook sales, but the fact that the expensive hulking, high-performance behemoths that perch atop, or lurk under our desks are seeing growth is rather pleasing.

I love me a desktop PC. There’s something just so extra about it, so wholly techie and altogether unnecessary. In an age where everything is designed to keep you away from the insides of the technology you buy, the desktop PC lays it all out for show. Is there a mobile phone with a little Perspex peephole in the side of the case so you can perv on its processor? Hell no.

The change in fortunes of the desktop gaming PC, especially compared with last year, are put down to “an improved supply of Intel CPUs,” says the IDC report, “an easing of previously excessive GPU inventory, and a revamped pricing structure for ray tracing-capable GPUs.”

Essentially all the manufacturers pulled their respective fingers out and the market responded. El Presidente 45 had his own special impact too, with fears of price hikes because of his Chinese import tariffs also being mentioned as boosting over device shipments in the United States.

Because of all that gaming PCs – which IDC notes as desktops “that have a Premium or Performance grade GPU,” and not Quadro or Radeon Pro cards – saw a growth of 3.3% over the second quarter.

That is expected to shrink, however, moving forward. But, look, it’s not dying, okay. No-one’s taking my desktop… IDC is predicting that there will be just a 1.8% compound annual growth rate (CAGR) from 2019 – 2023, with gaming notebooks expected to pick up the slack and form an even greater percentage of PC gaming machines by 2023. 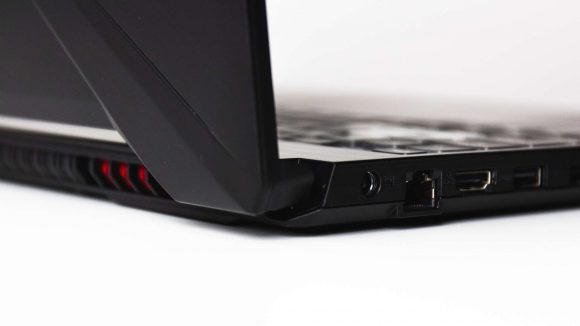 “Gaming notebooks,” says IDC, “are expected to still take the lion’s share of volume and revenue with the form factor seeing strong innovations in thinner dimensions and performance. Further entrants in the entry and mid-level notebook space will also bring intense competition.”

With Nvidia’s GTX 1650 already creating some genuinely impressive sub-$800 gaming laptops and the AMD RX 5500M rumoured to be on the way soon to give it some competition, we could be seeing affordable gaming laptops become more prevalent too.