Garry’s Mod might be one of the sillier places on Steam, and it would seem that the game’s community isn’t done pushing that particular envelope just yet. So what better way to bring a touch of the (even more) ridiculous to your favourite physics engine than by introducing it to VR?

VRMOD, as the name might suggest, is a mod attempting to bring virtual reality support to the world of Garry’s Mod. At the moment, its creator, who goes by Catse, says that it’s very much a work in progress (describing their creation as “unfinished, very hackey,” with bad performance and imperfect projection). That means you might want to wait a while before you strap it to your face.

Despite all of its vagaries, however, VRMod looks like it does at least capture some of the charm attached to the original project. A trailer, which you can check out below, shows off some of its functionality, and it looks like a fairly well fleshed-out version of the overall experience.

To get it working, you’ll need to head to GitHub, and for the moment, you’ll want to make sure that you’re running it with a very particular bunch of settings. VRMod is technically designed for the HTC Vive, but Catse says that since it’s based on SteamVR, you might be able to get it running on other headsets too. 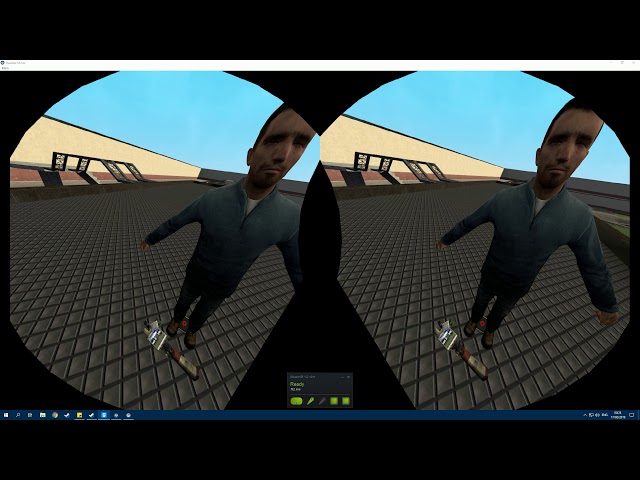 Currently, it boasts full room-scale tracking, a teleport tool, and all of the traditional GMod tools are currently in place. You’ll even be able to mess around with the physgun, and Half-Life 2 weapons, although those are still being worked on.

Playtime: Here’s our list of the best sandbox games on PC

There’s no completion date set for now, but Catse says there’s plenty left to do. They aim to add multiplayer support, improve performance, and add more locomotion options, but for now it looks like there’s still a reasonable amount to play around in.