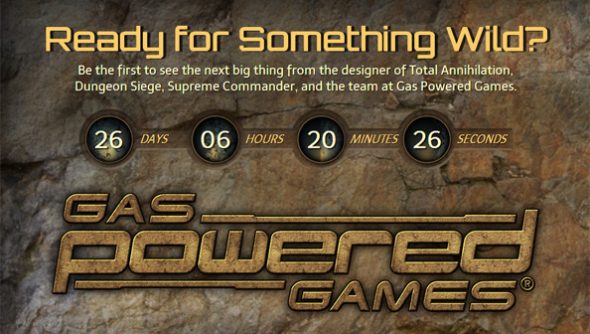 Two things to note about this. Firstly, that Gas Powered Games’ timer goes far beyond Friday into next month, thereby disproving that upsetting bit of Mayan prophecy everybody’s talking about. So that’s a relief.

Secondly, that Gas Powered Games made Supreme Commander and all of them Dungeon Sieges.

“Ready for Something Wild?”

The new game is codenamed ProjectW in its url. And that’s where the facts end, until January.

There are two genres GPG are known for throwing their weight around in: the megadeath-scale RTS and the action RPG. Which do you think ProjectW is?