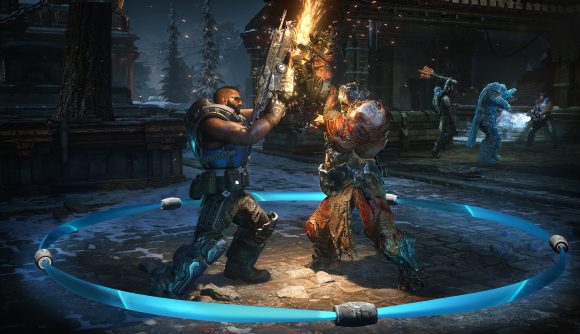 You’ll be able to get your hands directly on Gears 5 later this month, as The Coalition has announced the details of the game’s versus tech test. It will run for two weekends later this month, showcasing a variety of the game’s PvP modes and serving as a way to test server loads on both PC and Xbox One ahead of the Gears 5 release date.

You’ll have access to three modes. Arcade is a “new approachable, frenetic Versus experience,” while Escalation and King of the Hill offer familiar game types. There’s also a new training mode called Bootcamp, and “mini Tour of Duty” that will allow you to unlock exclusive Tester weapon skins for Gears 5.

The developers say that the test “gives us a critical opportunity to get the game onto PCs with unique combinations of hardware and software at scale. If any unforeseen issues arise, it gives us the opportunity ahead of launch to identify and address any issues ahead of release.”

You can read the full details on the official site.

Gears 5 has a Steam page, but it looks like all access to the tech test will be through the Microsoft ecosystem. If you just want an early taste of the game, Microsoft is still offering a month of Game Pass Ultimate for $1.