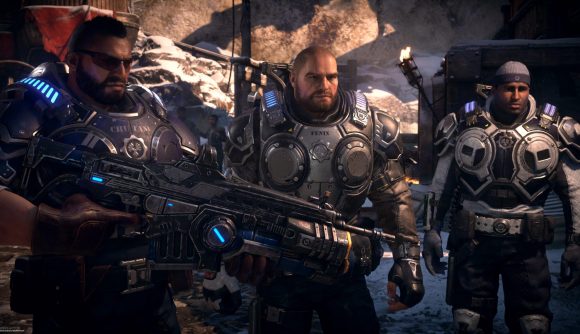 Following on the release of strategy game Gears Tactics and the Xbox Series X|S launch of Gears 5, The Coalition says it’s looking to capitalise on the advanced hardware now available. “As we look to future games, we’re excited to start shifting our resources to next-gen development using Unreal Engine 5,” the studio writes in an update posted today. “Gears of War has always been at the front of Unreal Engine development … and we’re excited to continue that tradition by developing on UE5 for multiple new projects in the coming years.”

The Coalition says Gears 5 fans don’t need to worry: additional content is “on the way” for the latest in the series of sci-fi multiplayer games. That includes Operations 7 and 8, both of which will contain two drops of new characters, maps, and special events.

However, the shift does mean that there’s going to be a bit of a lull in terms of new game announcements as the studio retools for UE5.

We wanted to update our fans on the journey ahead as we shift our resources to next-gen development: https://t.co/D2TY4xsyGO pic.twitter.com/HbVHhlfssy

“Shifting to a new engine is a big undertaking, so we want to be clear that we will not be announcing any new projects or titles for some time,” The Coalition says.

On that note, the studio points to its Microsoft Careers page, where it’s advertising for several open full-time and contract positions, and they range from community management to engineering to production, and beyond.