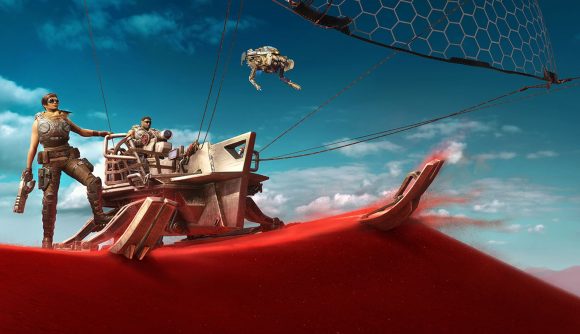 Microsoft and The Coalition have revealed the preliminary Gears 5 system requirements ahead of this month’s impending tech test. While these specs accompany the game’s test version, they should provide a solid idea of what to expect when the Gears 5 release date hits – and it looks like we’re in for a game that will scale well across a wide variety of hardware.

At the low end, Gears 5 only needs an i3 Skylake or FX-6000 processor, and you can get away with something as low-end as a GTX 760 or R9 280 as your GPU. These specs don’t specify what performance targets to expect for that hardware, but it’s always nice to see a triple-A title account for players on lower-end PCs.

If you want the top-end spec, the developers have much higher expectations for “ideal” machines. That’ll be a Ryzen 7 or i7 Skylake CPU paired with a Radeon VIII or RTX 2080 graphics card. Clearly, the game is built to take advantage of an impressive range of hardware.

You can find more details at our sister site, System Requirements Lab.

These specs come alongside the Gears 5 tech test, which hits later this month. You’ll be able to see how the game performs for yourself soon.