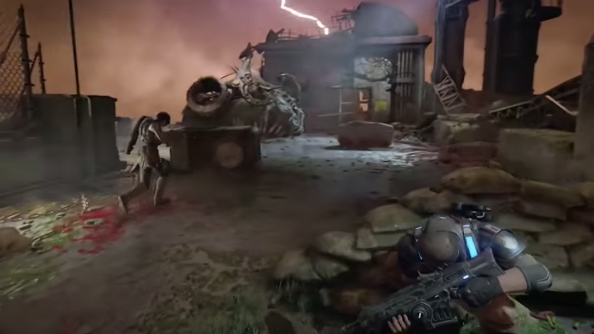 Update June 16, 2016: If you have a friend who’s planning on buying Gears of War 4’s Horde mode DLC, you’ll be able to play it for free if they host the match.

In previous Gears of Wart games, all players were required to own DLC Horde maps to play along, but it seems like The Coalition didn’t want to fracture their playerbase this time around. According to Shack News, they spoke to The Coalition’s Rod Fergusson at E3 and he confirmed this change, saying they hope new players might possibly fall in love with and possibly buy the maps after playing with a friend.

Original Story June 15, 2016: Horde mode has been a persistent draw for Gears of Wars players since the second game launched in 2008, and developers Coalition are going all out for their third go at the popular multiplayer feature.

Speaking during Xbox’s E3 Live Twitch stream, Coalition’s studio head Rod Fergusson revealed that every multiplayer map in Gears of War 4 will be playable in Horde mode, which Fergusson said will equate to 24 maps by the end of the first year.

Whether that means Coalition plan on rolling out content for the game in a number of updates, or that they’ll be releasing maps as DLC is unclear, but if Horde mode is your bread and butter then the idea of 24 maps each with their own unique tactics and strategies to explore is great news.

Additionally, Fergusson talked a little more about building mechanics in Horde mode, mentioning that players can still build fortifications like walls and traps to help them get through all 50 rounds. However, new weather effects like storms and wind flares can tear them apart, creating more unpredictable obstacles that can either help or hinder the player.

PC players can get their hands on Gears of War 4 on October 11.