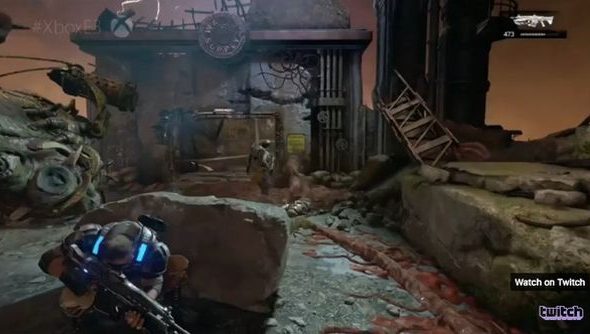 Gears of War 4, like all of Microsoft’s upcoming games, will be headed to PC along with Xbox, though only on Windows 10. Today Microsoft also announced that every co-op mode will also fully support cross-play between the two systems, as will all achievements and progression made – the two will use the same save file.

This info was dropped during the Xbox E3 conference. There was also a meaty new gameplay trailer, which isn’t yet available officially, but here’s a bootleg version.

It’s extremely pretty, and seems to involve no small amount of swearing before the censors got their hands on it. Hopefully the PC version is up to par, but it supports Play Anywhere so buying it once will get you access on both platforms, so you can always play on an Xbox One if it’s not. Assuming you own one. Ahem.

October 11 is the release date. For now, you can grab the revamped version of the original Gears of War on the Windows store.