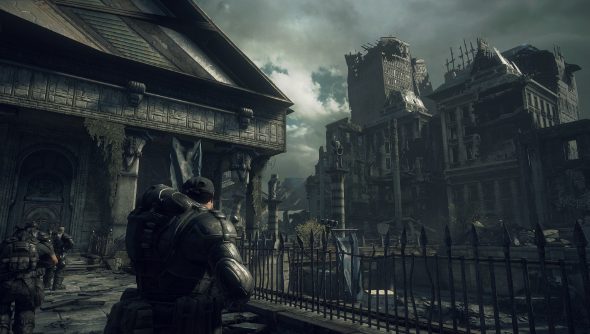 Gears of War is almost a decade old. Sometimes I meet real, sentient humans who are actually younger than Gears of War. “Wow,” I say to them. “So Marcus Fenix has always been part of your life.” And they nod, solemnly. It wasn’t a revolutionary game, but its influence implied otherwise. It was a trend-setter, popularising things like tactical cover and reminding everyone what a delight it was to shoot monsters with friends.

Now you can play it all over again, nine years later, in the form of the Ultimate Edition. It comes with updated textures and 4K support, but is it worth returning to, or is Gears of War best left in 2006?

Gears of War: Ultimate Edition’s improvements are sprawling but often subtle. Indeed, upon returning to my early days of my battle with the Locust, I almost didn’t notice any differences at all. The Ultimate Edtion looks a lot like I remember Gears of War, but that’s because my memories have upscaled it after almost ten years. Everything from the cutscenes to the faces of the shouty, shooty macho men has been updated, but nothing has been fundamentally changed. 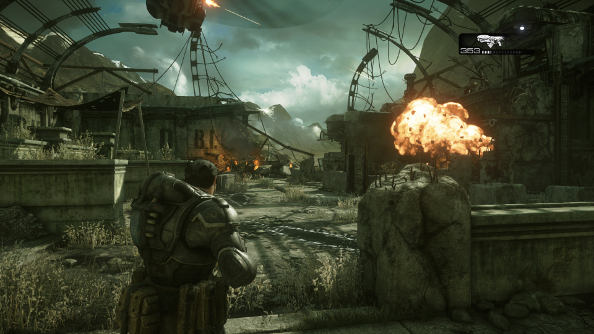 And it looks good! After three Gears of Wars and a general over-saturation of brown-grey battlefields, the series became synonymous with gloomy, boring warzones, but – despite the dearth of colour and glut of waist-high concrete slabs – Gears actually has some decent art. It’s a world of grey and granite ruins that, even in their dilapidated state, remain imposing, and it’s saturated in an atmosphere of dread and hopelessness. The shiny skin and radioactive murk from the original game have been replaced by skin that looks like it maybe belongs on a person and an overall sharper image quality that makes the grimy battlefields pop more than they did in 2006.

More importantly, it boasts solid level design. It’s perhaps less impressive now, but Gears of War’s cover system and co-op campaign add this hint of tactical combat that remains a surprise in a game filled with burly armour-clad men wielding chainsaw guns. Solo, it’s less compelling. The ally AI is poor and it’s infuriating fighting with a squad that can’t be controlled or commanded, and the dearth of objectives beyond killing everything the area threatens to make things repetitive long before the game’s end.

If you’re taking a nostalgic trek down the history of shooters, Gears of War: Ultimate Edition is an excellent place to stop for a while and mow down some gun-toting, subterranean monsters. This PC port, however, leaves a lot to be desired.

Gears of War: Ultimate Edition comes with a few improvement over its Xbox One predecessor, most notably a visual upgrade and the ability to play at 4K with 60fps, if you’ve got the hardware. The graphics options, however, are fairly basic. 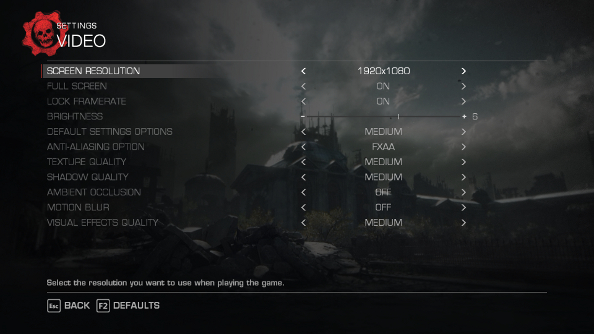 You can fiddle with texture quality, shadow quality, visual effects quality and turn on or off ambient occlusion, motion blur and antialiasing, which is limited to FXAA. Three presets can be chosen from, if you don’t want to muck around with the individual options. The medium preset is effectively the Xbox One version. If you want the highest texture quality, however, you have to set that yourself. There’s no vsync option, either. 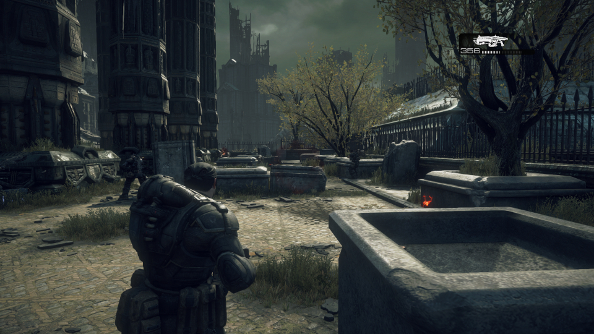 With the high preset selected and the highest texture quality, Gears of War runs at 60fps at 1080p, though there is some occasional stuttering. At 1440p, the frame rate bounces between 45 and 48fps, which is still perfectly playable. While there’s an option to unlock the frame rate, I’ve been unable to get above 60fps on any settings, though my hardware should make that a cinch. 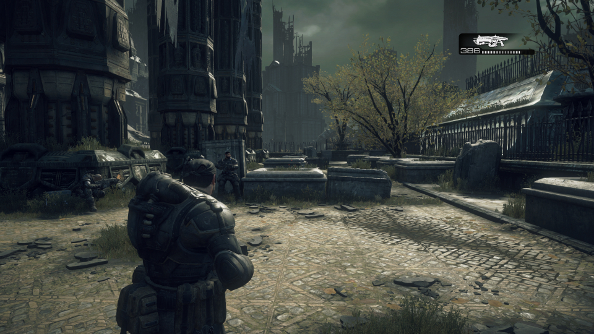 At medium things are, according to Microsoft, comparable to the Xbox One version. There’s not a significant drop in quality, but an increase of 10fps so it sits around the mid-50s at 1440p, which really puts it beyond its console cousin. 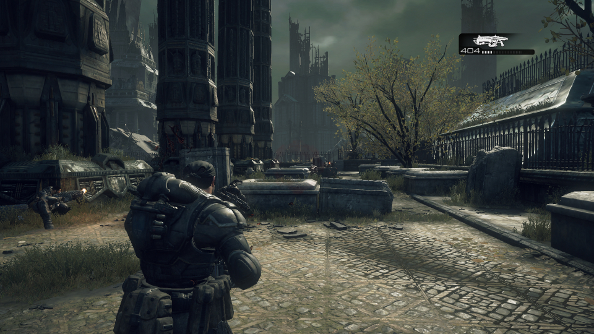 There’s a much more noticeable drop in quality here. The lack of texture detail calls to mind the original version of the game, but otherwise it’s still an improvement over its 2006 counterpart, and it can be played at 1440p running at a smooth 60fps.

While 4K support might sound appealing, don’t get your hopes up if you’ve got an AMD card. Even the R9, which is recommended for 4K by Microsoft themselves, seems to be having huge problems running the game. It’s not just at 4K, either. At anything above 1080p, AMD users are reporting serious issues.

It’s recommended that anyone with an AMD GPU should turn off ambient occlusion, too, as it’s apparently causing visual corruption.

These troubles aren’t restricted to AMD users, unfortunately. There’s no ultra-wide support for anyone, and if you’ve got an Nvidia card, you might need to turn off gsync, because it’s causing a lot of stuttering and performance problems as well. Texture pop was also quite noticeable when testing it on my GTX 970.

Being a console port, Gears of War: Ultimate Edition obviously comes with controller support, including three preset layouts. You can play with mouse and keyboard, though, and the keys are thankfully rebindable. Both methods are perfectly viable, though controller is my personal preference, since it allows me to play on my TV. This is a boon, since sitting so close to the game while using my PC monitor makes me a bit nauseous. I blame the shaky camera. 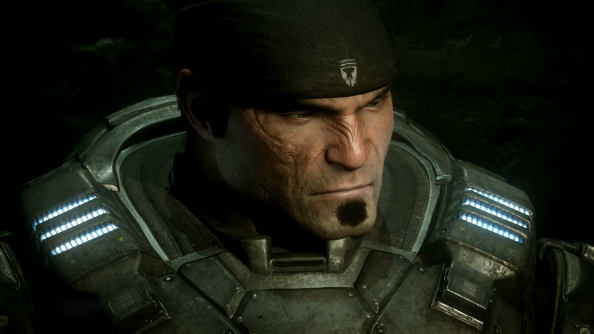 You’ll need to use the Windows Store if you want to play the Ultimate Edition, and that’s proving to be a source of frustration. Launch day issues meant that some users, including myself, couldn’t actually install the game until Microsoft updated the store, and while that’s now been fixed, the store itself remains an annoyance thanks to its general lack of user friendliness.

Using it is a chore, ultimately. Want to change the install directory? Sorry, you can’t do that from the store. You have to go to your windows settings, then system, then storage, and then change where new apps get saved to. Want to actually get into the install folder? Not if Microsoft can help it. And of course you have to deal with MS’ own overlay, which doesn’t play nicely with any others.

Gears of War: Ultimate Edition is a welcome update for a game that’s, while a bit dated now, still an immensely entertaining co-op diversion. Unfortunately, this just isn’t a very good port. Shackled to Microsoft’s irritating platform, plagued by texture pop-in and performance issues spread across multiple cards and manufacturers, it’s just got too many problems for what is, in many ways, a rather basic port.