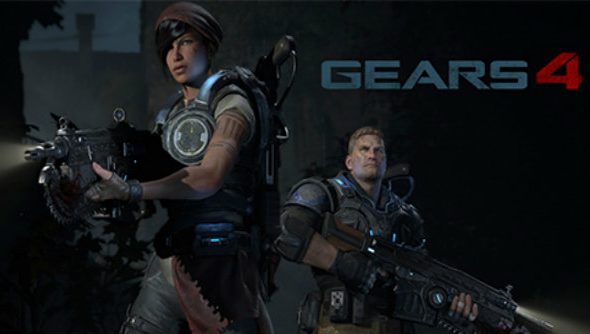 Now we know Quantum Break is coming to PC, and it’s clear that Microsoft have big aspirations for the Windows Store as a legitimate gaming platform, it’s fair to speculate that other console exclusives will probably be heading our way. Two game series that are at the top of many wishlists are Halo and Gears of War. That wish might be being granted for the latter.

Get Microsoft’s two biggest franchises into our list of upcoming PC games.

We’ve just had a port of Gear of War: Ultimate Edition sneak its way onto PC, so surely Gears of War 4 launching on both Xbox One and PC wouldn’t be too much of a stretch. However, Phil Spencer did say recently that not every Xbox One game would be making the jump to PC.

But there’s still hope. According to a Game Informer interview withThe Coalition studio head, Rod Fergusson, it’s something that has a chance of happening, at least.

In that interview, Fergusson is asked: “Is there a chance Gears 4 is coming to PC?” To which he simply replies: “Possibly.”

Hopefully it’s a better port than Gears of War: Ultimate Edition’s Windows Store outing, which failed to impress in our PC port review.

So there, we could be getting Gears of War 4, a sequel set in the decades after Gears of War 3 that has you playing as the son of old square head himself, Marcus Fenix.

I just want the PC version to happen so I can bathe in the tears of the people who get angry about a game being available on more than one box of electronics, personally.