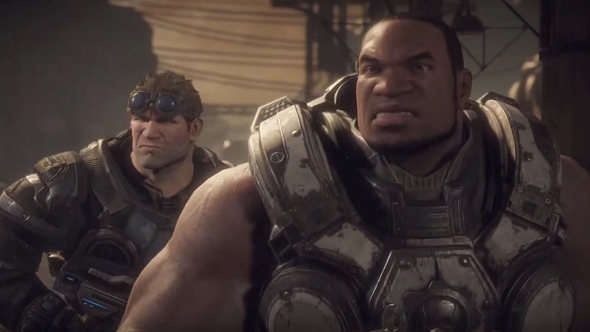 Lenwood Hamilton, a former football player and wrestler from Pennsylvania, is suing Epic Games and Microsoft because he believes that they used his likeness and imitated his voice to create Gears of War’s Cole Train character.

Hamilton says he only realised when he saw the game in January this year, when a friend’s son showed him it. For Hamilton, it was like looking in the mirror.

TMZ have the initial report, which states that similarities between the fictional character and Hamilton extend beyond race, with both allegedly wearing derby hats, wrist bands, and sporting a gold tooth.

Looking through images of Cole delivers no evidence of a gold tooth, but both Cole and Hamilton played professional football, and Cole’s number is 83, the year Hamilton played for the Philadelphia Eagles.

Outside of this, Hamilton say a forensic expert examined Cole’s voice to his and “they’re indistinguishable”.

It’s not just Epic and Microsoft on the line, though. Cole Train’s voice actor, Lester Speight, is also being sued. Hamilton claims he worked with him and his wrestling company and they used to discuss creating a videogame character together.

Hamilton is suing for sales and profits.