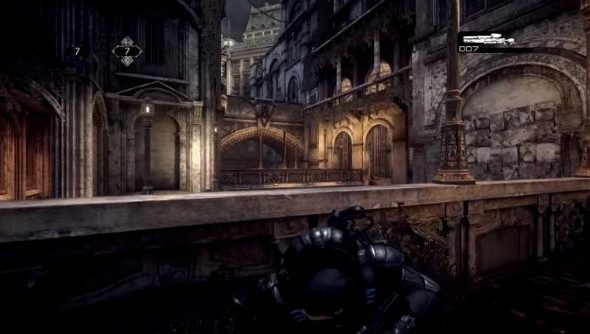 It feels like forever since Gears of War: Ultimate Edition was announced for PC, a revelation since buried in a pile of brilliant new games. The Coalition haven’t forgotten, however. According to a post on their forums, development is still underway.

If you’re waiting patiently for Gears of War: Ultimate Edition, why not work your way through PCGamesN’s list of the best PC games.

The PC version was announced at E3, with the claim it was being “re-built and remastered from the ground up”. It’s always better to start with the ground in these situations, just ask any videogame spokesperson.

While the Xbox One version runs at 1080p, this PC remaster would apparently be capable of 4K resolutions and an “unlimited refresh rate”.

And that was the last we heard. The Xbox One version came out in August, and PC gamers haven’t had a whisper since. Fans of the series haven’t forgot, though, and have taken to the forums to ask for an update.

“Hey guys. We do not have any news to share at this time for the PC version. I know some are worried but please don’t fret. We are wanting to make sure polish and performance are prioritized on the PC version so that you all have a great experience,” said the director of community for Gears of War at The Coalition in response to the comments.

“Once we have additional information, I can tell say you will be the first to know. I’m pretty stoked for the PC version myself as I am an avid PC gamer.”

So they don’t have anything to announce, but it does sound like the project is still being worked on, which is something. We will update as soon as we find out the recommended specs and release date.